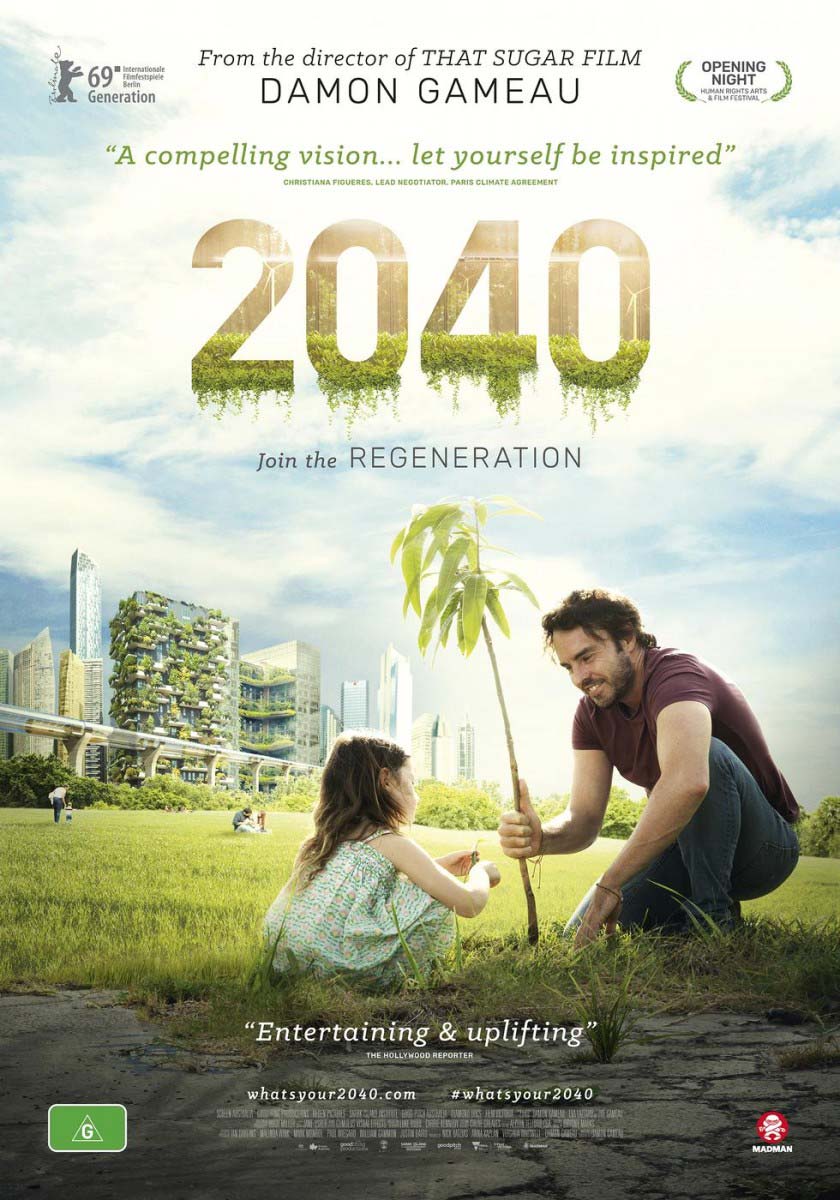 Suitable for all audiences but may lack interest for children under 8.

Damon Gameau, as the father of 4 year old Violet (portrayed in young adult form by Eva Lazarro), is very concerned about what we (humanity) are and have been doing to the earth. He is concerned about the excessive consumption of fossil fuels, the unmanageable amounts of carbon being leaked into the atmosphere, the fact that the oceans are becoming too acidic and that the ice caps are melting. He sets off on a journey around the world in search of answers about how we can change our current destructive course - using technology that we already have, to not only curb current pollution rates, but also help reverse them to heal the earth from much of the damage that has already been done. As Damon travels the world learning about initiatives that are currently making a difference and how people (especially children) see this challenge, he comes away with a renewed sense of hope and of urgency to begin putting into practice some of these measures that will help ensure a healthy earth for future generations.

Snippets of various natural disasters are shown at different points throughout the film.

There is nothing in this film that would frighten children under five.

There is nothing in this film that would frighten children between the ages of five to eight.

There is nothing in this film that would frighten children between the ages of eight to thirteen.

There is nothing in this documentary that would frighten children over the age of thirteen.

Aside from encouraging the use of solar panels (no brands named) electric, driverless cars and seaweed, there is no official product placement in this film.

There are no sexual references in the film.

The film contains no nudity or sexual activity.

There is no use of substances in the film.

The film contains no coarse language.

2040 is a documentary that offers hope to an ailing world. It exposes the roots of the problems that we currently face and offers up practical solutions to help solve them. There is great educational content in here that lends itself to a wide variety of audiences.

The main messages from this movie are that we do not own the earth; we are borrowing it from our children and from countless future generations. It is up to us to stop taking it for granted and to reverse the damage that we have already done.

This movie could also give parents the opportunity to discuss with their children the importance of making choices that put the earth first and not being swayed by greed or numbers but rather by what is best for humanity as a whole.