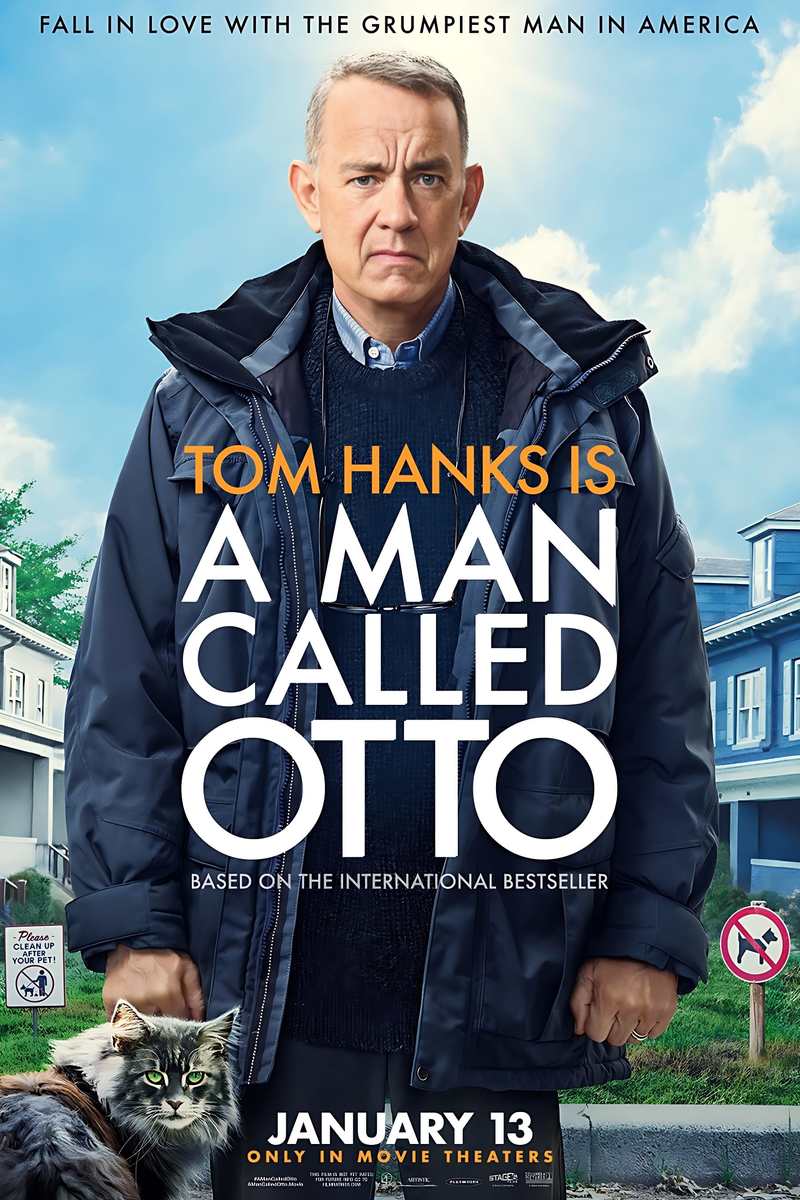 Not suitable under 15; parental guidance to 15 (suicide theme)

Otto Anderson (Tom Hanks) is a grumpy, rude, old man who has lost the desire to live. His wife, Sonya (Rachel Keller), the love of his life, had died six months previously and Otto has been forced into retirement giving him no reason to live. Subsequently, he attempts suicide on several occasions, and by different means, but each time he fails for one reason or another.

When a young family moves in across the road, Otto is unprepared for the persistent and chatty Marisol (Mariana Travino), who manages to wedge her way into his life. Together, with her husband, Tommy (Manuel Garcia-Rulfo), and their two delightful daughters, Luna (Christiana Montoya) and Abbie (Alessandra Perez), Marisol brings new purpose and joy to Otto’s life.

A Man Called Otto is a dark drama with some light relief moments, about a man who is ‘very bad at dying’, having unsuccessfully attempted suicide on many occasions. His life is given new meaning, however, when a young family moves in next to him and manages to change his life around. The movie is about love, life, loss and new hope. Its theme of suicide makes it unsuitable for children under 15 and parental guidance is recommended for 15-year-olds.

The main message from this movie is that even when everything looks desperate, there is hope and new meaning to life if we look for it.