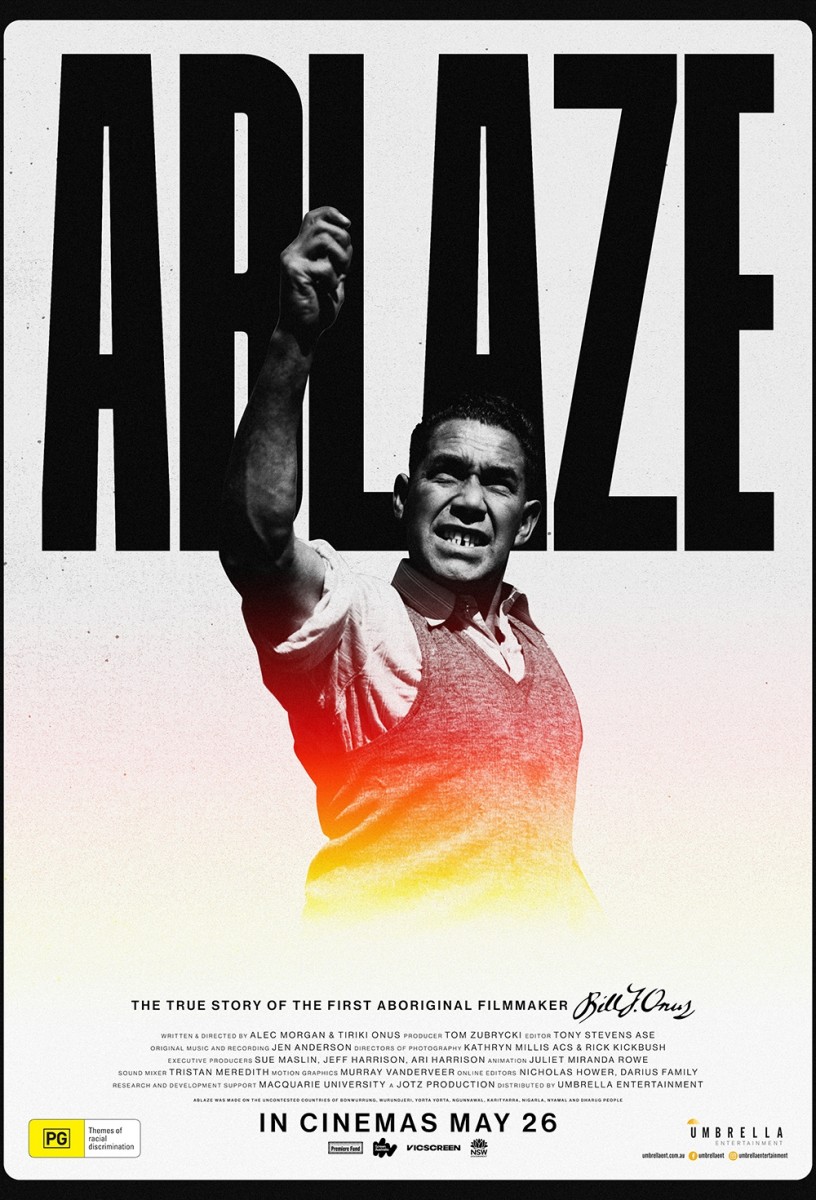 Not suitable under 11; parental guidance to 14 (themes, violence, disturbing images)

Morgan and Tiriki Onus, grandchildren of the acclaimed first Aboriginal film maker, Bill Onus, stumble across an old suitcase hidden in an attic. Inside they find numerous mysterious photos belonging to their grandfather and set off to find out what they mean. Their search leads them to the National Film Archives in Canberra where they find an unmarked, uncatalogued film that their grandfather made. Subsequently, the two set off on a journey to the Mission where their grandfather was born in search of answers and they end up learning, from first-hand interviews and historical recounts, that their grandfather was much more than the first Aboriginal filmmaker. He was a revolutionary, determined to use his talent with theatre and his skills with the camera to highlight the injustices endured by all Aboriginals and to bring about changes that would see them empowered and, after 200 years, recognised as people.

Ablaze is an eye opening documentary that depicts the struggles of an extraordinary man who never gave up fighting for the rights of his people. The past and present are woven seamlessly together through the use of interviews, photos, present-day footage and long-lost film clips to tell about a very dark time in Australia’s past and about the men and women who fought for justice and equal rights and refused to let go.

The main messages from this movie are to follow your dreams and to fight for what you know to be right; to ground yourself and to know your culture; to walk tall; and to be proud of your achievements wherever life may lead you.