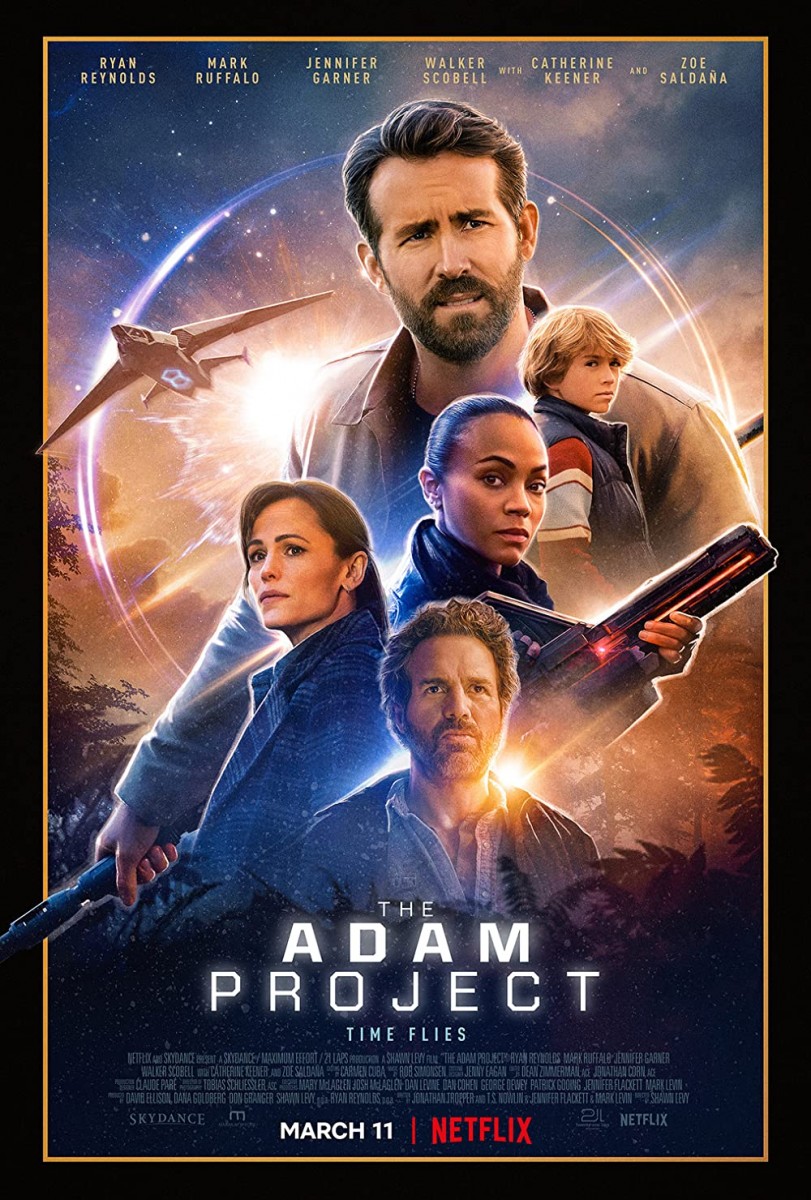 In 2050, Adam Reed (Ryan Reynolds) goes back in time to find out what happened to his missing wife, Laura (Zoe Saldana), who suddenly disappeared a few years earlier. Whilst being shot at, he enters the wrong date and winds up crashlanding near his home where Young Adam (Walker Scobell), an angry, 12-year-old version of himself, is still trying to come to terms with his father’s death. Young Adam takes his rage out on his mother (Jennifer Garner), who, herself, is still very much grieving but he gets more than he bargained for when one night he goes to investigate some lights in the woods and encounters Big Adam. When Big Adam is tracked to his current location by Maya Sorian (Catherine Keener), a co-worker of his late father, Laura reappears just in time to save his life. Together they work out that Maya was responsible for Laura’s disappearance; for much of the corruption and inhumanity of the future; and that she has been using the technology invented by Adams’ dad (Mark Ruffalo) for her own personal gain. With only one chance to set things right, both Adam’s decide to risk it all and go back in time to see their dad and destroy what he created, in order to save the world from a future it was not ready for.

Grief; Death of a parent or loved one; Time travel; Disrespect of parents; Corruption; Bullying; Murder.

The Adam Project is a science fiction adventure with a fast paced plot and humorous dialogue. It may, at first glance, appeal to children but due to the content of this film it is best suited to older teens and adult audiences.

The main messages from this movie are that it is easier to be angry than it is to be sad; that parents love their children no matter what; that the scared little child within holds wisdom that we would be wise to heed; and that sometimes this inner child turns out to be the best part of us, ultimately leading each one of us to the person we are destined to become.