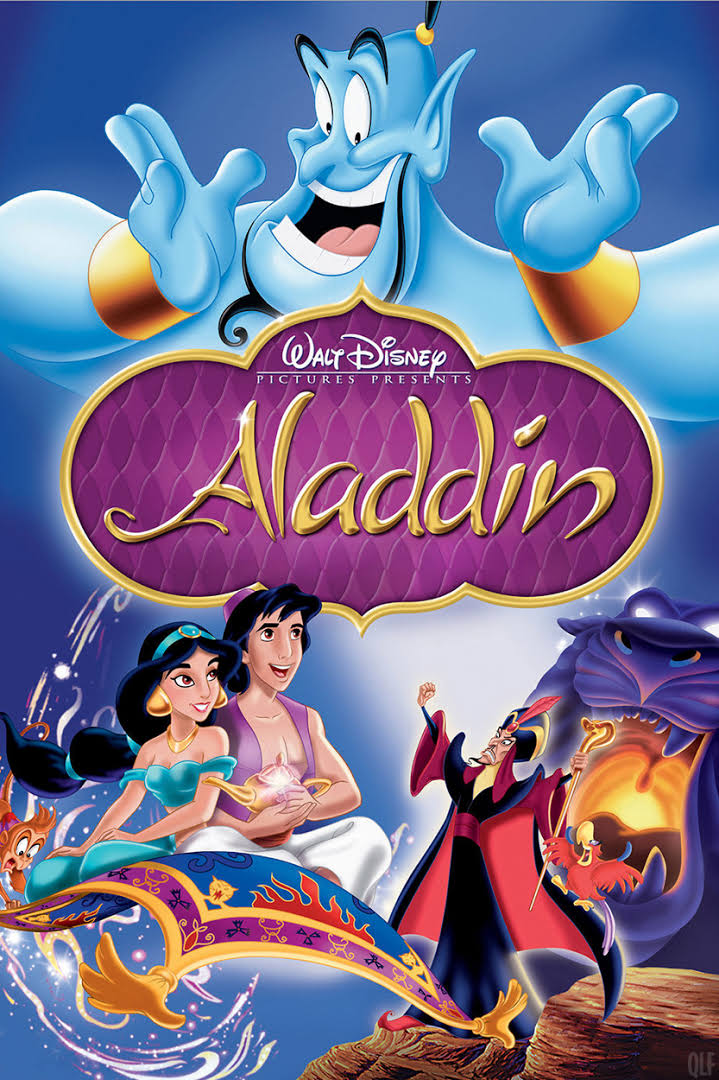 Not suitable under 5; parental guidance to 6 (some violence and scary scenes)

Aladdin (voiced by Scott Weinger) and his companion Abu, a pet monkey, live in the streets of the oriental city of Agrabah. They make ends meet by stealing what they need, and more than often they only just manage to escape the city guards who are after them. Even though he is a thief, Aladdin is good at heart, looks out for others that have even less than him, and wishes that one day his luck will change. Indeed, his life does take a major turn when sinister and power-hungry Jafar (voiced by Jonathan Freeman) – chief adviser to the Sultan (voiced by Douglas Seale) – finds out that Aladdin is the ‘Chosen One’ who can access the mystical Cave of Wonder and retrieve the most powerful treasure in the world: a lamp containing a Genie, who will grant three wishes to whoever becomes his Master. Jafar makes a deal with Aladdin, promising him to reward him generously if he gets him the lamp, planning to get rid of him as soon as he has what he wants. In a crazy chain of events, Aladdin ends up with the lamp, infuriating Jafar. After releasing the Genie (voiced by Robin Williams), Aladdin's first wish is to be a prince – because only a prince is allowed to marry the Sultan's beautiful daughter Jasmine (voiced by Linda Larkin). Aladdin had saved her from trouble once when she had escaped her golden cage, the palace. Of course, Jafar recognises that "Prince Ali Ababwa" is Aladdin in disguise, and is determined to get rid of him, get hold of the lamp, and become the new Sultan and most powerful sorcerer in the world. Is Aladdin going to be able to outwit sinister Jafar, and fulfil his dream of being with Jasmine?

Disney's 1992 animation hit Aladdin remains one of Disney's finest animated family films. A captivating story, catchy tunes, positive role models and messages, and especially an incredibly likeable and funny Genie, guarantee for great entertainment for the whole family. Some of the violent / threatening / scary scenes are likely too intense for a very young audience and therefore the film is unsuitable for children under 5 and parental guidance is recommended for children under 7.

The main messages from this movie are that it is important to stay true to oneself, and not to pretend to be something, or someone else, only to impress someone.