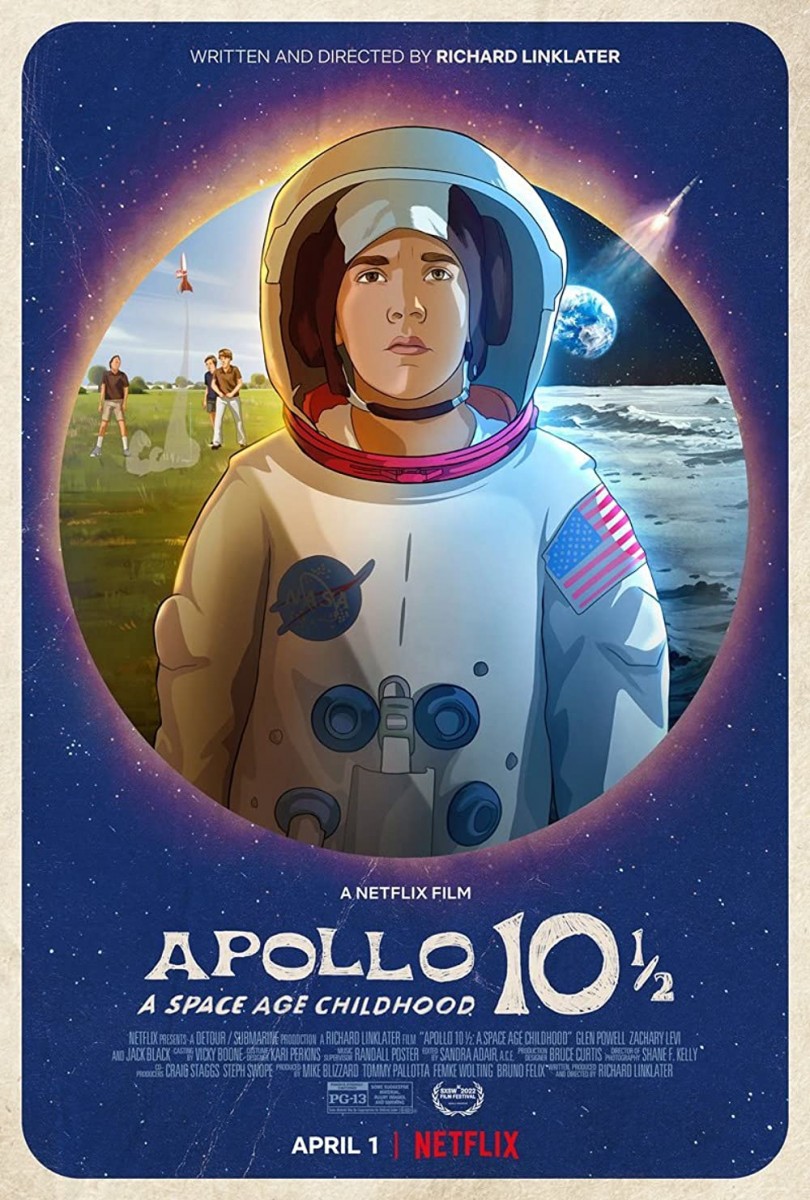 Not suitable under 12; parental guidance to 15 (adult themes, violence)

Stanley (voice of Jack Black) narrates the story of his childhood, growing up in Houston, Texas. The story is set in 1969, the time of the first moon landing, when Houston was a brand new town; families were large because contraception wasn't widely used; kids played mostly outdoors and travelled sitting in the back of a Ute; Dad drove while drinking a can of beer; Mum continuously smoked; and breakfast cereals were covered in spoonfuls of sugar.

Stan (voice of Milo Coy) was the youngest of six kids who grew up in a town dominated by the Space Station which employed most of the adult population of Houston. Stan had a great imagination and exaggerated many a tale, including that his father (voice of Bill Wise) was an astronaut, when in fact he worked in shipping and delivery at NASA. Stan often found himself in trouble at school for lying or for being rude. So one day when two men from NASA come to recruit Stan to test their spaceship, which has inadvertently been made too small, Stan is happy to agree. The only problem is that it's top secret and Stan isn't able to tell anyone at all – his family will only know that he's at summer camp. In parallel with the first official trip to the moon, Stan has his own adventure, pre-dating the first steps on the moon.

Apollo 10 1/2: A Space Age Childhood is an animated movie depicting real life characters. The film is wonderfully evocative of life in the 60's and what it was like for a child growing up at the time. It is a social commentary on life in the 60's and as such is historically interesting. Children had to make their own fun in a time before the technological age, although life could also be quite brutal. The film is likely to appeal to old and not so old, however, it does raise issues that make it unsuitable for younger children, and it is therefore not recommended to children under 12, and parental guidance is recommended for children aged 12-15.

The main messages from this movie are that optimism can overcome doom and gloom; and that imagination is a force for good.