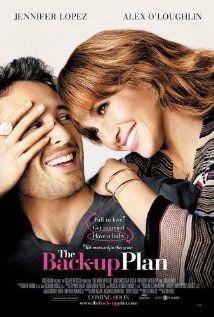 After years of dating the wrong men all Zoe (Jennifer Lopez) can hear is her biological clock ticking away. Scared of waking up one day as an old woman without any family, she takes matters into her own hands and decides to have a baby on her own. Against the better judgement of her closest friend Mona (Michaela Watkins), Zoe visits a sperm bank and is artificially inseminated. That very day meets the man of her dreams, a farmer and cheese producer named Stan (Alex O’Loughlin).

Unsure exactly where their relationship is headed and believing that Stan is going to leave her (just like her father did after her mother died), Zoe joins a single parent’s support group. There she meets an assortment of unusual characters from a mother breastfeeding her four year old to a lesbian couple with very alternative views. As Zoe comes to terms with the fact that she is expecting twins, Stan tries to come to terms with his role in their relationship. Although they experience some serious setbacks they eventually find their way to a promising compromise at the most unexpected time.

Children in this age group may also be disturbed by the above mentioned scenes and also by the idea of artificial insemination.

Children in this age group may also be disturbed by the idea of artificial insemination.

The Back-Up Plan is a romantic comedy that deals with serious issues. The film features believable performances but, due to its themes and content, is not suitable for younger audiences.