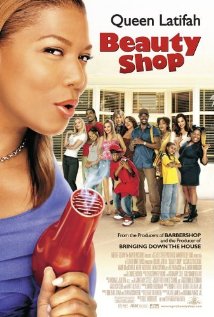 Gina Norris (Queen Latifah) is a popular hair stylist working at Jorge’s Beauty Salon where she is the only black employee. Jorge (Kevin Bacon) is an egotistical, overbearing person who isn’t used to having his orders challenged. Gina doesn’t like being told what to do which leads to friction between the two, and Gina eventually quits her job. She decides to open her own shop, which is something she has always wanted to do. She faces difficulty right from the start, including a revolt by her new staff revolt when she brings in Lynn (Alicia Silverstone), a white girl who also used to work at Jorge’s.

Things start to get moving at Gina’s but when she attracts two of Jorge’s former high society clients, Terri (Andie MacDowell) and Joanne (Mena Suvari), Jorge starts to get nasty. He uses underhand methods to try and force Gina to close her shop. When Gina’s shop gets trashed, she feels defeated and about ready to give up, but her workmates all pitch in and encourage her to keep going.

There is a little violence in this movie:

The men who threaten Jorge are quite intimidating; otherwise there is nothing particularly scary in this movie.

Children in this age group may be scared by the above mentioned scene.

It is unlikely that children over the age of eight will be scared by anything in this movie.

It is unlikely that children over the age of thirteen will be scared by anything in this movie.

There is also an obsession with body image, breast implants, botox, etc.

Also of concern is the depiction of a young lad, Willy, who spends his whole time video recording various parts of women’s anatomy.

James is suspected of being gay but in fact he isn’t.

There is some mild use of substances:

There is frequent use of the following:

and occasional use of:

The movie’s message is to persevere even in the face of adversity. Values parents may wish to encourage include:

The movie’s message is to persevere even in the face of adversity. Values parents may wish to encourage include racial harmony, endurance through adversity and friendship. Parents could use the content of this movie as an opportunity to discuss with their adolescent children the issues of body image and self esteem, and to answer questions raised by the movie’s sexual references.