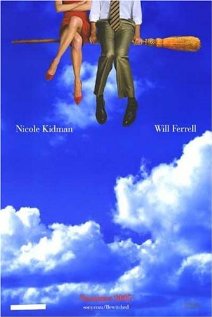 Fading, self-absorbed, movie star Jack Whyatt (Will Ferrel) is desperate to get his career back on track and believes that his playing the lead role of Darrin, in the remake of the sitcom Bewitched, is just the thing to do it, especially if they can cast a ‘nobody’ to play the role of Samantha.

Isabel Bigelow (Nicole Kidman) is a real broom-flying, spell-casting, witch who wants nothing more than to be normal. She leaves her home and family, and moves to the Valley where she does her best to ‘fit in’. She is inadvertently ‘discovered’ by Jack and winds up agreeing to play the role of Samantha. It isn’t long before she discovers that she is just being used and manipulated and quickly decides to get even. After a number of spells go awry, and despite the advice of her war-lock father Nigel (Michael Caine), Jack and Isabel begin to fall in love. The relationship is challenged when Isabel decides to tell Jack the truth about who she really is.

There are a couple of instances of violence:

While not a scary film, there were a couple of scenes that could be disturbing to very young viewers:
while shopping with Isabel in the supermarket, Nigel repeatedly transforms into a variety of characters seen on food labels, such as the Jolly Green Giant. The scene itself is not scary and is intended to be funny, but some very young children may be confused and worried by the successive transformations.

Some children in the eight to thirteen age bracket may need some parental guidance with some of the above mentioned scenes.

It is unlikely that children in this age group will be frightend by material in this film.

There are several sexual references in the movie, including:

The film contained only one instance of nudity. During a dream, Jack walks naked onto the Conan O’Brien show. His buttocks and genitals are shown as blurred by censors.

There are a few instances of mild course language.

The movie’s main message is to be proud of who you are and what you have accomplished no matter what other people think. Parents may wish to discuss with older children the concept of magic, and discuss the real life consequences of dishonesty or playing with people’s lives.