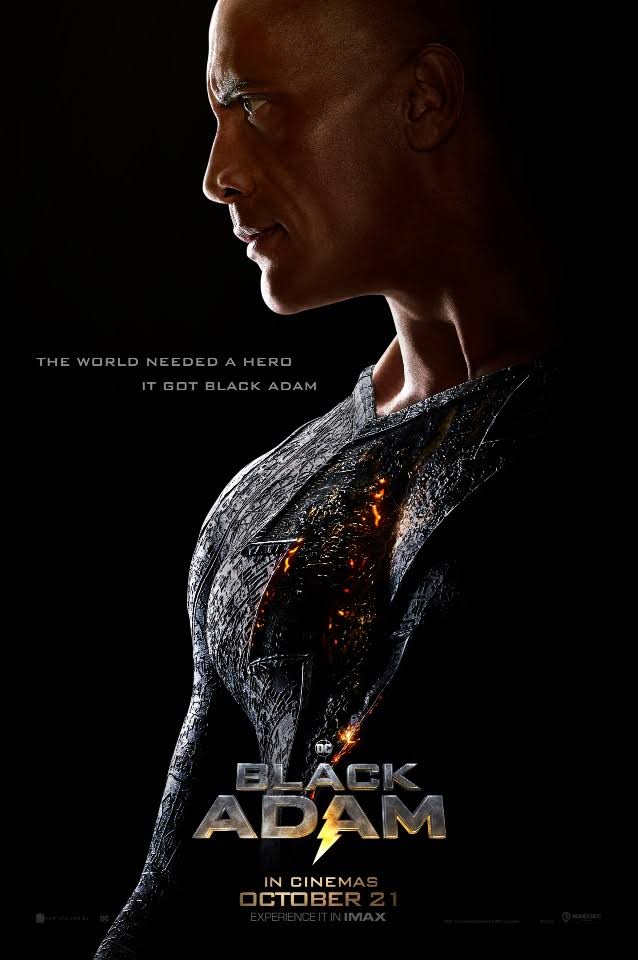 Not suitable under 13; parental guidance to 14 (violence, scary scenes)

Amon (Bodhi Sabongui) is a young boy who enjoys taunting the occupying forces of his country, Kahndaq. Amon’s mother, Adrianna (Sarah Shahi), is wanted by the forces as a dissident. She is looking into the ancient mythology of her country, which dates back to 2600B.C. Together with her brother, Karim (Mohammed Amer), and friend, Ishmael (Marwan Kanzari), they go in search of a mythical crown said to have mighty powers and which once belonged to the King. While searching for the crown, they awaken the sleeping Teth (Black) Adam (Dwayne Johnson) who has been lying dormant for 5000 years. Teth had died fighting the King but was given almighty powers by the gods in order to fight the evil rule of the king. However, he was then imprisoned when the gods realised he had misused these powers.

Amon and Adrianna believe Teth to be the champion of their country who has come back to save them from the tyranny of oppression. Teth Adam, however, is not the person they think he is. The Justice Society, consisting of Dr Fate (Pierce Brosnan), Hawkman (Aldis Hodge), Cyclone (Quintessa Swindell) and Atom Smasher (Noah Centinio), arrive on the scene to prevent Teth Adam from destroying Kahndaq. They have to deal not only with Teth Adam and the occupying forces, but also with the local people who believe Teth to be their champion. Teth Adam must also decide what side of history he wants to lie on.

There is a lot of stylised violence in this movie, including plenty of fighting; throwing of characters; destruction of buildings, cars, helicopters, planes and people; and explosions but very little blood and gore. Some examples include:

Black Adam is a super-hero, adventure movie based on the title character who was a villain in the comics. The film is action packed and full of violence from the start, although it is very stylised and not very realistic. The film is also full of scary scenes and characters and for these reasons, it isn’t suitable for children under 13 and parental guidance is recommended for 13–14 year-olds.

The main messages from this movie are that no-one is all good or all bad and that there are grey areas in defining what is good or bad. Also, the movie promotes the belief that heroes don’t kill people when sometimes they actually do.