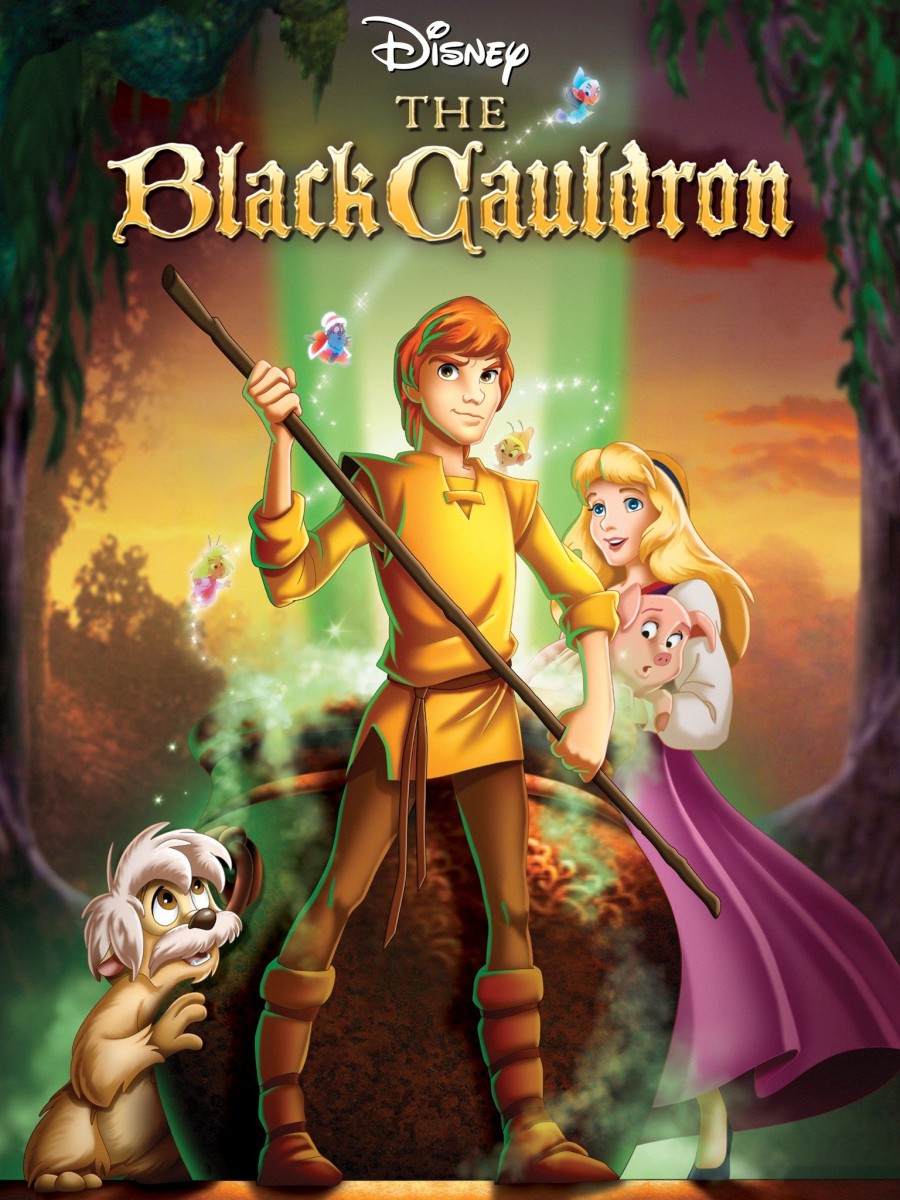 Not suitable under 8; parental guidance to 10 (animated violence and scary scenes)

In the land of Prydain, lowly pig herder Taran (voiced by Grant Bardsley) dreams of becoming a gallant knight. Instead, he is charged with keeping prophesying pig, Hen Wen, out of the hands of the evil Horned King (voiced by John Hurt). However, the King ends up kidnapping Hen Wen so he can use her to find the location of a magical black cauldron to help him summon an army of the undead. With the help of Princess Eilonwy (voiced by Susan Sheridan), Fflewddur Fflam the Bard (voiced by Nigel Hawthorne), and a gopher wood-troll called Gurgi (voiced by John Byner), Taran must find the black cauldron before the King and save the day.

The Black Cauldron is an animated movie based on the book by the same name. An old-school Disney film, it features a King Arthur-esque story, magical creatures, and a simple plot. This film is likely to entertain children under 12, though it is not suitable for children under 8, and parental guidance is recommended to 10 due to animated action violence and frightening scenes.

The main message from this movie is that when you work together, you can achieve anything.