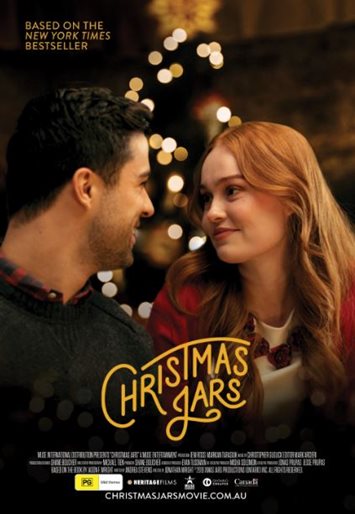 Not suitable under 6; parental guidance to 8 (emotionally sad/distressing themes (abandonment by parent; domestic violence; death of parent). May lack interest for young audiences – most suitable for a slightly older audience due to heavy as well as romantic themes)

When a good-hearted waitress finds an abandoned newborn baby at the diner she works at, she decides to adopt the little girl and, inspired by the note left by the birth mother, she names the little girl "Hope". 22 years later, Hope (Jeni Ross) works as a newsroom assistant for an online magazine but has aspirations to be recognised as a writer. Tragically, her beloved adoptive Mum dies of cancer and, just when she feels at her lowest, Hope finds her apartment burgled and ransacked. To her surprise, shortly after she finds a jar filled with coins and small cash at her doorstep, labelled "Christmas Jar". When Hope starts researching, she realises that she is not the only one to have received such a mysterious gesture of kindness in a time of crisis. Intrigued, she pitches the story to her editor and lands the opportunity she had been waiting for: to write a start page Christmas feature. Little does she know that what starts as a journalistic investigation will not only lead to discovering the very origins of the ‘Christmas Jar’ movement, but to meeting people that will change her life forever.

There is some implied violence in this movie, including:

Christmas Jars is a sweet and romantic family holiday movie, based on a best-selling novel by Jason F. Wright, and a real-life movement of anonymous gift-giving. It is full of endearing characters – albeit in some cases a bit too goofy, in other cases a little bit too perfect – and inspiring, positive messages about hope, kindness, selflessness, and forgiveness. Emotionally very heavy and intense themes like domestic violence, abandonment, and loss, as well as a focus on love and romance, render the movie most suitable for a slightly older audience, and parental guidance is recommended for younger and sensitive viewers. Tissues should be kept within close reach for several tear-jerking scenes.

The main messages from this movie are that there is more kindness and generosity out there in the world than one may sometimes think, and that it is more blessed to give than to receive.