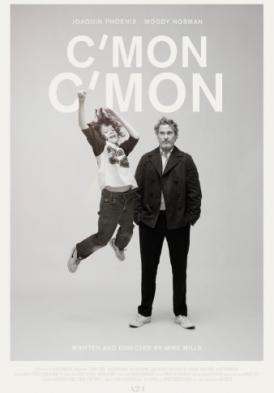 Not suitable under 14; parental guidance to 15 (themes and coarse language)

Radio journalist, Johnny (Joaquin Phoenix), is travelling the States working on a project interviewing children to give them a voice on global issues; to hear their perspectives about what adults can do to help; and offer them a chance to speak of things they have never spoken of before. Johnny and his sister, Viv (Gaby Hoffmann), had a falling out after their mother passed away and a chance phone call on the anniversary of her death puts them back in contact with each other. Upon learning that his young nephew, Jesse (Woody Norman), has no one to look after him while Viv travels to help Jesse’s father get the support he needs for a mental illness, Johnny volunteers to look after the boy. When things don’t go to plan and Viv finds herself staying away longer than she had intended, Johnny takes Jesse on the road with him to New York City and New Orleans. The two push each other to breaking point, both mentally and emotionally, and, in the process, develop an unbreakable bond whilst learning more than they had ever imagined.

C’mon C’mon is a black and white documentary that offers an in depth look at certain aspects of human behaviour and how kids fit into an adult world. The film offers some excellent performances but it really takes its time and is very slow paced. It will likely lack interest for most children but will be best enjoyed by older, mature, audiences.

The main messages from this movie are that life is full of ups and downs and that sometimes things that you would never imagine could happen actually do; and, despite these challenges, you just have to keep going the best way you can.