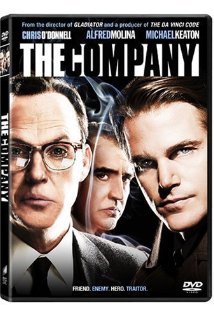 The Company is a fictionalised ‘reality movie’ about the Joffrey Ballet Company of Chicago. It documents the lives and loves of various members, in particular that of Ry, an upcoming principal dancer. It shows the dedicated, hard work of practice and rehearsal required, as well as the partying outside of work. Josh, a chef, is attracted to Ry at a restaurant where he works and the two become lovers. Ry goes on to star in a major production but she falls towards the end and has to be replaced at the last minute.

The only scary scene in this movie is during the final production: the stage set is of a giant man’s face with his hands moving in front of him. He grabs dancers in his hands and swallows a couple of dancers in his mouth.

Children in this age group may be frightened or disturbed by the scene mentioned above.

There is some nudity in this movie – the revealing costumes are integral to the story and are shown in a respectful way.

There is quite a lot of drinking and smoking in this movie at various locations: at home, in pubs, restaurants, discos, etc.

Also one of the male dancers talks about the 60s as a time when people were “smoking pot, having sex and dropping acid”.

There is some coarse language with the occasional use of the following words:

There is no take-home message as it is more of a documentary.