Confessions of an Invisible Girl 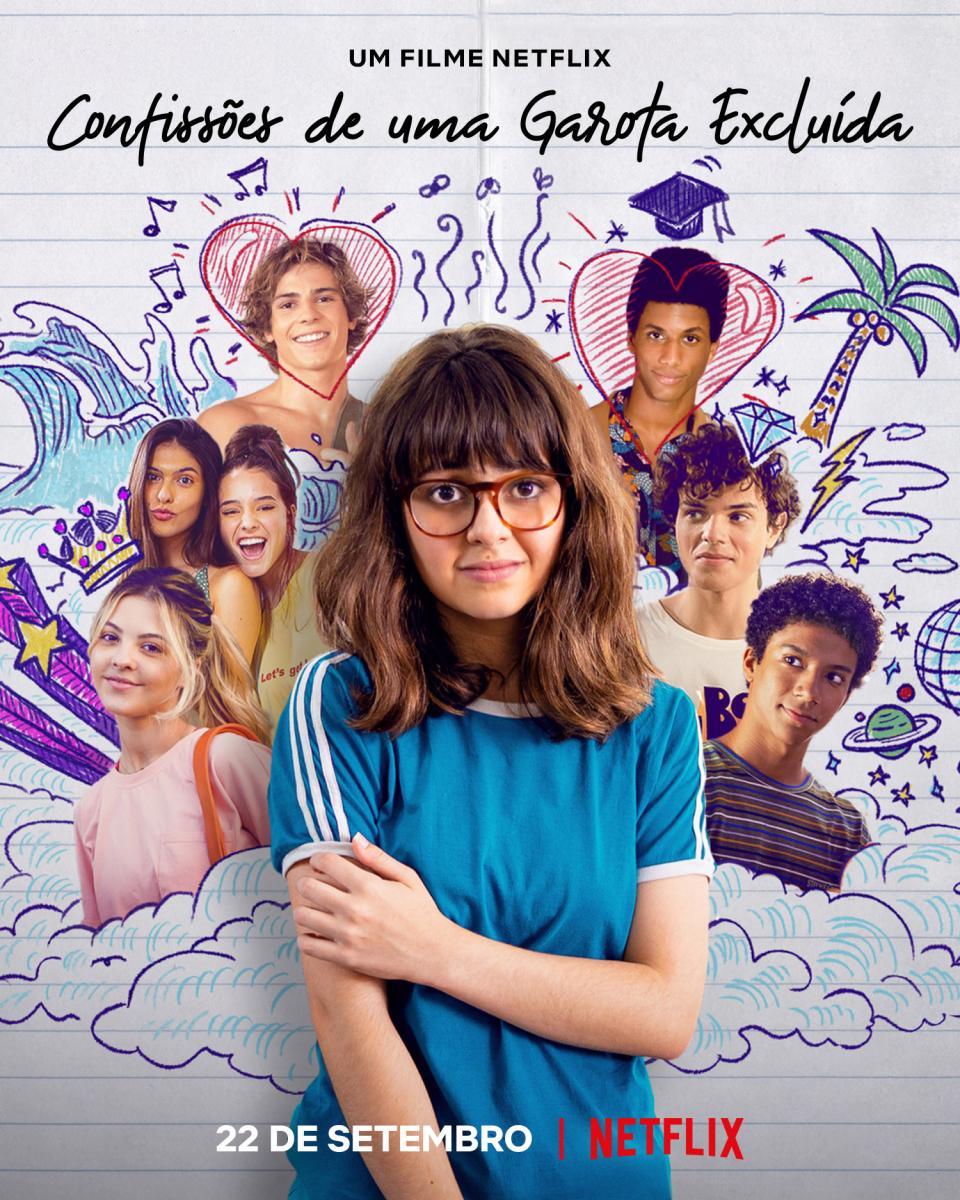 Not suitable for children under 11 and parental guidance recommended for children aged 11 and 12 due to mature themes (dating, sexual orientation; bullying), and mild coarse language.

Brazilian teen Tete (Klara Castanho) feels like an outcast: she is clumsy, sweats excessively when stressed (basically always), and, by Brazilian standards, has too much facial and body hair. It’s also not helping that her parents and grandparents relentlessly criticise and patronise her. At her new school in Rio de Janeiro, she quickly makes friends with openly gay boy Zeca (Stepan Nercessain) and “nerd” Davi (Gabriel Lima). Naturally, she falls for no less than ‘The’ popular boy Erick (Lucca Picon) but of course he is dating popular and mean girl Valentina (Júlia Gomez). That’s okay, because she also fancies Davi’s brother Dudu (Caio Cabral). Inevitably, a make-over, a big party, a scandal exposing the bully, and confusion about who is Mr. Right lead to a happy end.

Confessions of an Invisible Girl is a Brazilian teenage comedy which is entertaining partly because it is so off-beat. The English title is misleading because main character Tete is the opposite of invisible – she constantly draws attention to herself with clumsy and awkward behaviour. It’s no surprise that Tete is a bit weird, when her parents and grandparents are always giving her a hard time (for example, giving her the nickname “Pits of Death” in reference to her sweaty armpits, or bribing other kids to be friends with her because they don’t think she’s capable of making her own friends). This movie is both predictable, as Tete transforms from a nerdy outcast into a popular swan, and totally implausible. The out-of-sync American dubbing does not help, so if your kids are advanced readers it might be better to watch it in the original Brazilian Portuguese with subtitles. Mature or triggering themes like dating, sexual orientation, and bullying, and mild coarse language make it unsuitable for children under 11 and warrant parental guidance for children under 13.

The main messages from this movie are as confusing as the movie itself - Be yourself, but also do whatever it takes to fit in. Don’t worry about being a bully, because if you start crying and say sorry, everyone will forgive you and love you straight away. Understand where your bad behaviour stems from, but just use that as an excuse and continue anyway.