Curious Case of Dolphin Bay, The 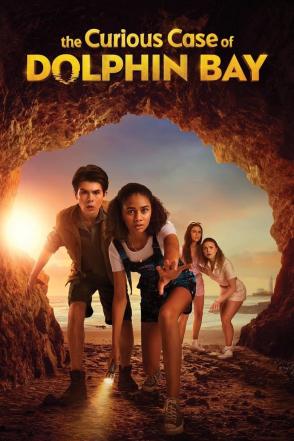 Not suitable under 6; not recommended under 8; parental guidance to 10 (scary scenes, lack of interest for younger viewers)

Fifteen-year-old Quinn (Izabela Rose) has been missing her best friend Daniella (Ella Proberts), who left the US with her father, marine biologist Charlie, (Rowan Chapman) to manage a dolphin research centre in Queensland, Australia. When Quinn gets the opportunity to go and stay with Daniella and Charlie, she is incredibly excited, particularly as she is also very interested in the reef and its biodiversity. When Quinn arrives, however, she finds she is one of four interns who will be taking a course in the ecology of Dolphin Bay. Quinn is disappointed to find that Daniella has a new best friend, Jennifer (Allegra Teo), who, along with Teddy (Jayden McGinlay), make up the other two interns.

Quinn feels rejected by Daniella and so makes friends with Teddy, a son of a British diplomat, who runs a YouTube channel called Ted Head. Teddy confides in Quinn that he isn’t really there to learn about the reef but instead is looking for long lost family treasure. His ancestor’s ship sank off the coast of Dolphin Bay many years ago and Teddy wants to be the one to find the treasure.

There is little violence in this movie, including:

The Curious Case of Dolphin Bay is an adventure mystery movie, mainly aimed at older children and tweens. There is some stunning cinematography showing the pristine, clear waters of South East Queensland, both above and under the water. This is a family movie and while there is little violence, there are a few scary scenes. Also, the main actors are teenagers and this is the age group who are most likely to enjoy this movie. It is, therefore, not recommended for children under 8 and parental guidance is recommended for children aged 8 to 10.

The main messages from this movie are to face up to your fears and to try and see things from another perspective.