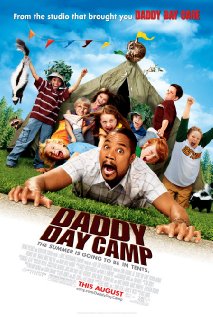 Charlie Hinton (Cuba Gooding Jr) and Phil Ryerson (Paul Rae) run a successful day care service, which their now 7 year old sons have attended. Both dads are reluctant for their sons to attend summer camp due to their own bad experiences of camp when growing up. For Charlie it reminds him of his loss in the camp Olympiad baton relay, and in particular, his memory of having failed in front of his military father (Richard Gant).

Charlie and Phil finally agree to let the boys go camp, but are horrified to discover their old camp facility, Camp Driftwood, is now run down and failing next to the highly funded and successful Camp Canola. In an impetuous moment, Charlie and Phil buy the campsite and set about restoring it to its former glory. In the process they encounter a tremendous number of hurdles including a lack of staff and money, dilapidated facilities, pressure of foreclosure from the bank, a motley group of dissatisfied day campers and constant threats of invasion from Camp Canola marauders and their leader, Lance (Lochlyn Munro).

Younger children in this age group may also be disturbed by some of the scenes mentioned above.

There are some coarse language and put downs in this movie, including:

Daddy Day Camp is a light weight family comedy and is a sequel to Daddy Day Care. Children will enjoy the farcical physical comedy and seeing children outsmart adults. Adolescents and adults may find the humour a little simplistic, but the cast are engaging and mostly likeable.