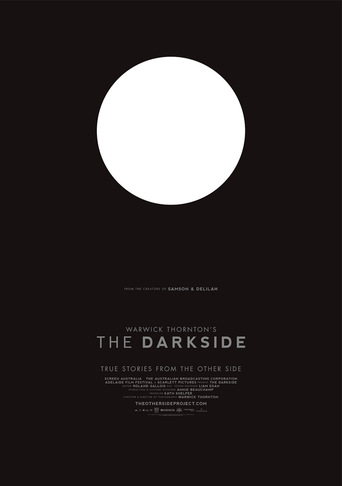 Not suitable under 13; parental guidance to 14 (disturbing themes, lack of interest for younger children)

The Darkside is a collection of ghost stories told by indigenous and non-indigenous Australians. The stories are narrated by some of Australia’s well-known actors, including Bryan Brown and Deborah Mailman, and are powerfully told. The stories include: out of body experiences; seeing children and relatives who aren’t there; a woman who sees an old wrinkled, legless woman crawling around the walls of her bedroom; a woman who had lost several members of her family after playing with a Ouija board; and a girl who heard her grandmother’s voice telling her that her niece was about to die.

A particularly moving story is told by Romaine Moreton. While researching at the National Film and Sound Archive she discovered that the building used to be the Australian Institute of Anatomy. Her story is illustrated with archival footage of Aboriginal people being physically studied by anthropological scientists, having their heads’ measured and other bizarre investigations. Many indigenous peoples’ bodies were dissected there for examination and their skeletons were left there in the basement (also shown on archival footage). Moreton believes that they are not at rest and need to be returned to the country.

There is little visually scary material, and children in this age group are likely to be bored by the film, but children closer to 5 who listen to the stories may be disturbed by some of what they hear.

Children in this age group could be scared by the stories in this movie including reference to a family which were all burnt to death in a house fire and a young man who committed suicide.

Children in this age group are also likely to be scared by the stories told, including:

Drinking in a pub

The Dark Side is a docu-drama filmed in very simple settings such as at a bedside, on a verandah, around a campfire and at the beach. The stories are powerful and well told but the movie doesn’t really flow well and may be quite boring for children. Its appeal will also depend on the viewer’s own belief in the after-life. The stories are actually quite creepy, particularly because they have been real experiences for these people. This makes the film unsuitable for children and young people.

The main message from this movie is that supernatural experiences are very frightening for most people.

This movie could also give parents the opportunity to discuss with their children attitudes to, and their own beliefs about, ghosts and life after death.