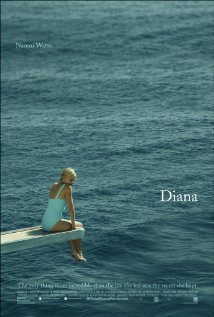 Diana is a biopic of Diana the Princess of Wales (played by Naomi Watts) based on Kate Snell’s book Diana: Her Last Love.  The film spans the final two years of Diana’s life, a period of her life which was largely keep under wraps from the British and world media.  The film tells the story of how Diana meets Hasnat Khan (played by Naveen Andrews), a neurosurgeon, after her divorce from Prince Charles.  Khan falls unexpectedly for the most ‘loved woman on the planet’.  A passionate love affair between the two ensues despite the challenges of family, duty and the public limelight.  The idyllic love is challenged when Khan begins to shun the public and media intrusion on his normally private existence.

Children in this age group may also be disturbed by the sight of children with limbs missing as a result of landmines and by the death of Diana.

Diana tells the story of Princess Diana’s final two years of life when she meets and falls in love with a neurosurgeon. The film was made for an adult audience, with themes, scenes and language that make it unsuitable for under 14s. It also lacks interest for younger children.

The main messages from this movie are about love and its challenges.

Issues that parents may wish to discuss with older children include