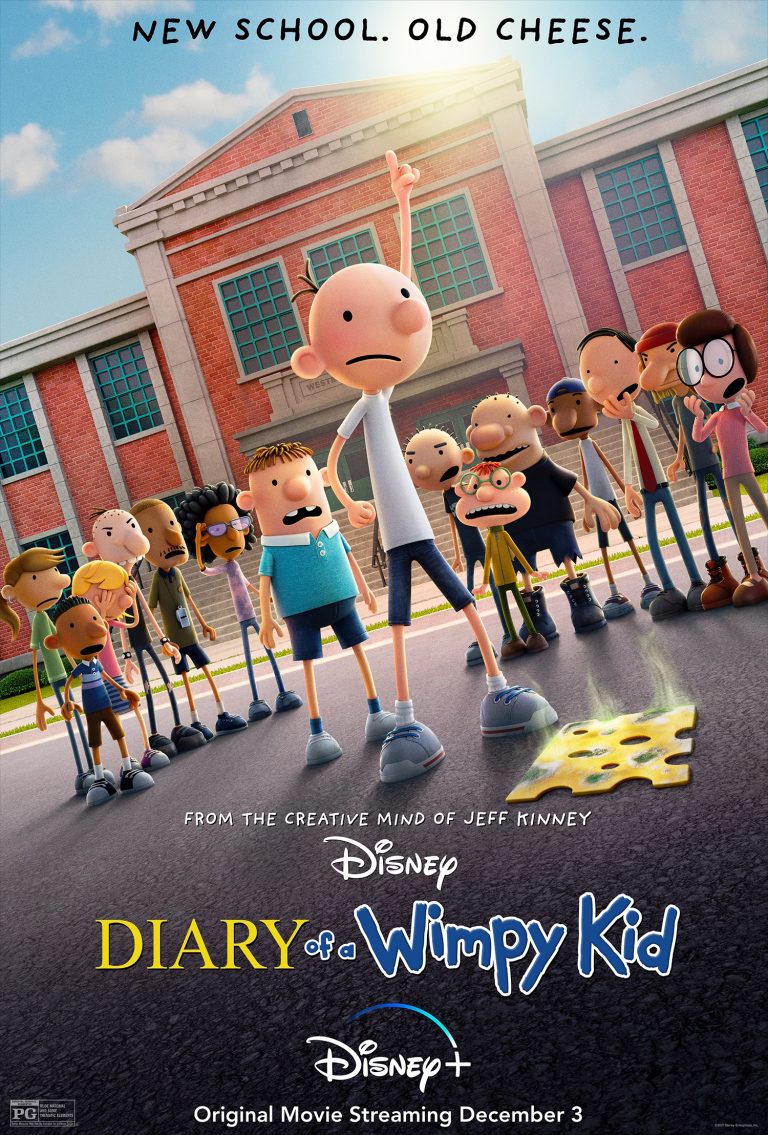 Greg (voice of Brady Noon) and Rowley (voice of Ethan William Childress) have been best friends forever but with the boys about to embark upon middle school, everything is set to change. Terrified by the stories he has heard from his older brother Roderick (voice of Hunter Dillon) and determined to do great things, Greg’s attitude towards his friend begins to change based on his perceptions of what he thinks will be cool to others. Rowley stays the same, however, after a freak accident, finds himself the ‘cool kid’. Trying to gain his own recognition, Greg’s plans repeatedly backfire and he finds himself reduced to hanging out with Fregley (voice of Christian Convery), the weirdest kid in school - and just when his closest friendship seems to be lost forever, the simple act of helping a friend turns everything around.

Teenagers threaten Greg and Rowley and make Rowley eat a piece of rancid cheese that has been on the ground for ages.

Diary of a Wimpy Kid (2021) is an animated film based on the book by Jeff Kinney. The film’s simple animations and basic plot will be best enjoyed by pre-teens but due to the violence and themes this is not a film for younger children.

The main messages from this movie are that you just need one good friend but that you also need to be a good friend.