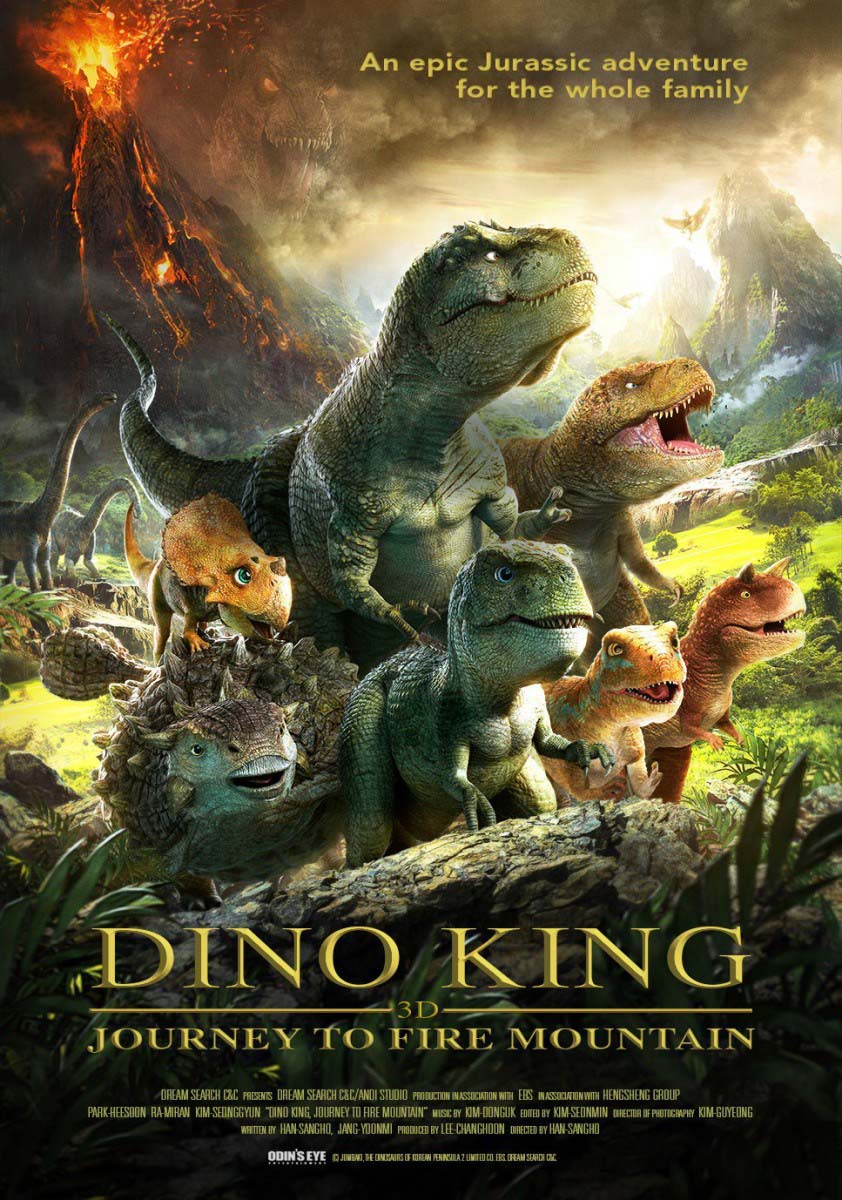 Not recommended under 5, parental guidance to 8 (scary visual images and violent themes).

Junior, a young Tarbosaurus, is soft hearted and frightened of the other dinosaurs including those who are meant to be his prey. His father; Speckles, is both disappointed and embarrassed by his son’s fear and inability to act as a king of dinosaurs should. When Junior is abducted by a gang of vicious velociraptors Speckles sets off to find him. He is helped along the way by Cy, who wants revenge on the same group who abducted and presumably ate a friend of his and Fang (voiced by Erin Connor) who, like Speckles, is searching for her daughter. Meanwhile Junior finds himself being held captive with countless other young dinosaurs. They are forced to assemble each day and a number of them are randomly picked from the masses to be fed to a mutant dragon-like dinosaur and it’s young who live inside a fiery volcano. Junior builds an unlikely friendship with: Dusty - an allergic triceratops, Fang’s daughter Blue and a former bully named Blade. Together they form a plan to escape from Fire Mountain and find their way back home. Together they face dangers and monsters unlike anything they could have imagined and, while facing his greatest fears, Junior demonstrates courage and bravery which not only saves their lives but also earns him the respect of his father.

Separation of parents from children, and animal cruelty.

There is some violence in this movie including;

The film contains no sexual references.

There are no substances used in the film.

Dino King Journey to Fire Mountain is an animated adventure that will appeal to dinosaur fans and younger children. Older audiences may find the simple animation, predictable plot and dry dialogue difficult to endure.

The main messages from this movie are to have courage, to trust in yourself and to understand that there are scary things in life but that a life spent hiding in the shadows is no life at all.