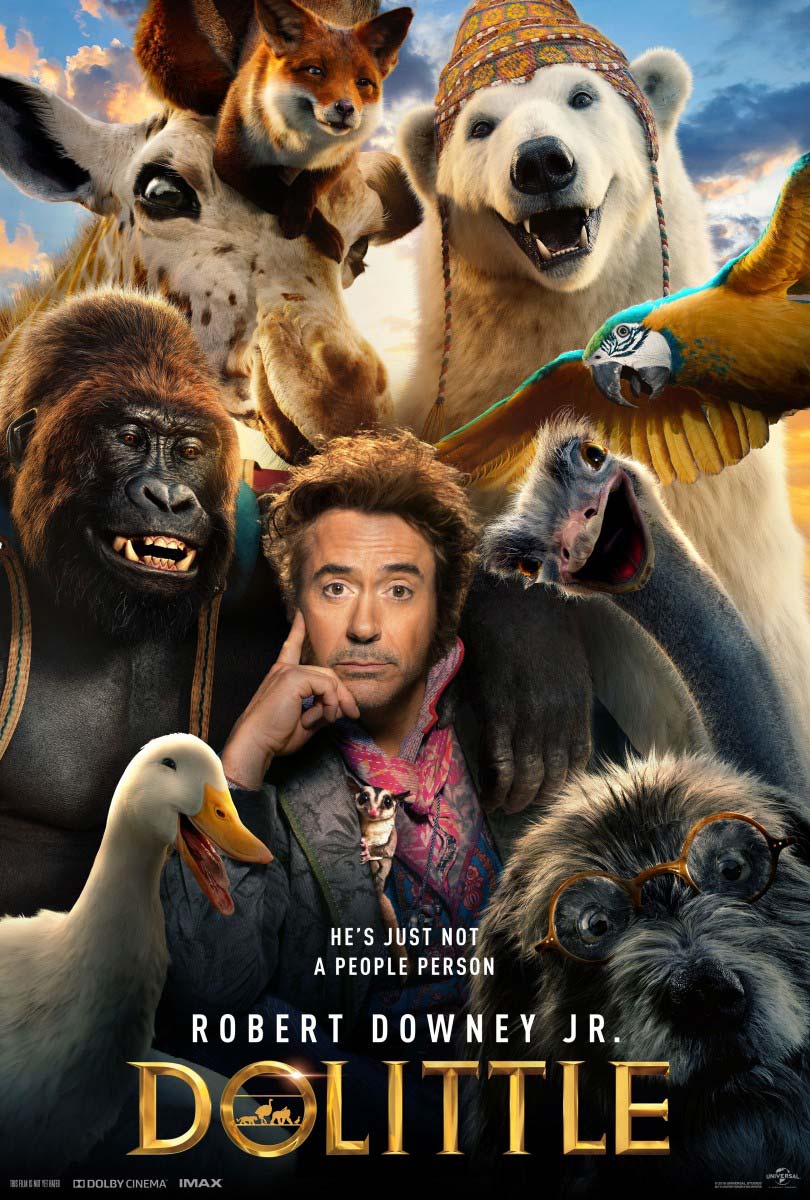 Not suitable under 5; parental guidance to 8 (violence and themes of death and abandonment)

Once the most famous man in England, Dr Dolittle (Robert Downey Jr.) is provided a park-like estate, by the Queen (Jessie Buckley) herself, to continue to care for and treat all manner of animals but when his adventurous wife Lily (Kasia Smutniak) sets out on a quest and never returns he shuts himself away from humanity and lives like a hermit with his animal companions.

When a young boy, Tommy Stubbins (Harry Collett), with an uncanny connection to animals accidentally shoots a squirrel he, with the help of Polly the parrot (voice of Emma Thompson), finds his way to Dolittle’s estate and entreats the man to help. Simultaneously, Lady Rose (Carmel Laniado), a young charge of the queen, arrives with the news that Her Majesty is deathly ill and requests the presence of the Dr himself. Quickly deducing that the queen has been poisoned and doesn’t have long to live, Dolittle sets out on an epic quest to find the antidote. In the process Dolittle follows in the footsteps of his wife, faces his fears, mentally lays her to rest and, with the help of his unlikely friends, saves the Kingdom from ruin.

Death of a loved one, abandonment, grief, overcoming fear.

Dolittle is a fantasy adventure film, with a predictable plot but endearing characters, best suited to families with slightly older children.

The main messages from this movie are that in order to truly live you must do what you love and that through helping others we are able to help ourselves.