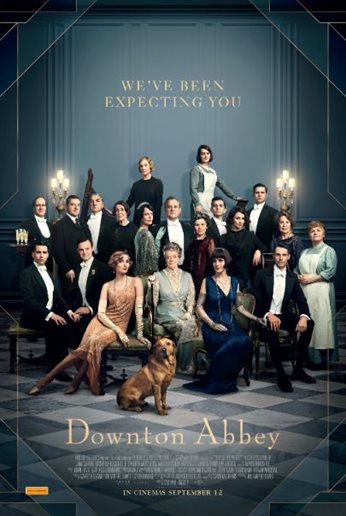 Not recommended under 13, parental guidance to 14 (Adult themes and lack of interest for younger viewers)

Downton Abbey is sent into a bustle of activity when they receive the news that they are to have the privilege of a visit by King George (Simon Jones) and Queen Mary (Geraldine James). The Royal Highnesses are planning to stay overnight so Lady Mary Crawley (Michelle Dockery) anxiously plans their visit and a parade in their honour. Downstairs the staff are excitedly preparing for the great honour but their hopes are soon dashed when they learn that the Royal Highnesses will be bringing their own entourage of butlers, chef, ladies-in-waiting etc.

The Downton Abbey staff are treated very rudely by the Royal staff and so Anna Bates (Joanna Froggatt) plans to get their revenge. Meanwhile, a Captain Chetwode (Stephen Campbell Moore) arrives on the scene and takes a personal interest in Tom Branson (Allen Leech). Lady Mary suspects he might be a member of ‘Special Branch’, come to keep a check on Tom’s known Irish Republican sympathies, but Chetwode has plans of his own. The Royal visit arrives with some hitches, plots and sub plots but all is well in the end.

Downton Abbey is a light-hearted period drama which continues the story of the Crawley family and includes all of the well-loved characters from the television series. It is funny and romantic but due to its content and its length it wouldn’t hold much interest for viewers under 13. Parental guidance is recommended for 13 – 14 year olds.