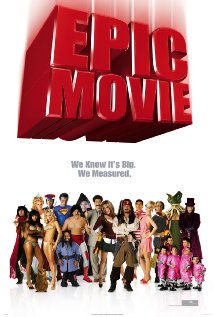 The film opens with four seemingly unrelated orphans Lucy (Jayma Maays), Edward (Kal Penn), Susan (Faune Chambers) and Peter (Adam Campbell) entering the film through  different film parodies; The Da Vinci Code, Nacho Libre, Snakes on a Plane, and X-Men. Each of the four stumbles upon a golden ticket inviting them on a tour of Willy Wonka’s chocolate factory. When the four arrive at the chocolate factory they find that all is not what they thought it to be. Willy wants to chop up the four and put their body parts into his chocolate recipes. The four attempt to escape Willy’s clutches via a wooden wardrobe and in doing so enter the land of Gnarnia (pronounced with a silent G).
In Gnarnia the foursome encounter the evil White Bitch (Jennifer Coolidge), Queen of Gnarnia and from here on the film mainly parodies the story of The Lion, the Witch and the Wardrobe, although characters from other films continue to appear. After many adventures, the film’s four heroes emerge out of the wardrobe back at the chocolate factory only to meet their end in the film’s dramatic finish.

Parody of action and adventure movies

While most of the violence presented throughout the film is depicted in a humorous cartoon or slapstick manner, there are concerning scenes including:

Most children over the age of thirteen years should be able to interpret the parody nature of the scary images and not be scared or disturbed as a result.

Epic Movie contains many instances of sexual references and crude humour. Examples include:

Other scenes which may offend.

Epic Movie is a comedy that parodies most of the major action, adventure and fantasy films from the last three years.  The film targets older adolescents and younger adults. The film relies heavily on bad taste jokes, crude humour, and putting familiar film characters in embarrassing, but not necessarily funny situations. There is little really clever humour.

The film is intended as parody and does not contain any meaningful messages. Parents may wish to discuss the excessive way in which Susan and Lucy consume alcohol, the glamorous manner in which the film portrayed drinking by younger adults, the real life dangers associated with sculling alcohol and ways of combating associated peer pressure.  Parents may also wish to discuss the promiscuous behaviour of both men and women and the portrayal of women as sex objects