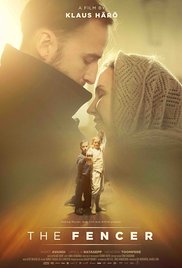 Not recommended under 13 due to themes. The film is also in languages other than English and subtitled.

The Fencer is a subtitled foreign film set in Estonia in 1953 and based on a true story. It follows a man named Endel (Mart Avandi) who left Leningrad in an effort to escape the secret police. Using his mother’s name to avoid the authorities, he takes up a job in the sports department of a local village school.

As a skilled fencer, Endel discovers a foil in the gym one afternoon. Although merely practising for fun, he is interrupted by one of his young students who asks him to teach her how to fence. All of the students express interest, and Endel begins the process of tutoring and mentoring them in the sport. This occurs much to the dismay of the school’s principal (Hendrik Toompere), who believes that fencing is not an appropriate sport for the children to learn.

The film follows Endel as he becomes increasingly invested in supporting the children, while the principal investigates Endel’s history in an effort to have him removed. Eventually, Endel finds himself needing to decide whether it is worth risking capture by returning to Leningrad to help the children participate in a fencing tournament.

There is some violence within the film in the context of fencing, including:

Nothing of concern apart from the scenes of fencing described above.

References are made to some of the children having lost their parents, with them either being dead or missing.

There is some sexual activity, including:

The Fencer is a touching film that centres on Endel’s growth and development as he becomes increasingly involved with his students. Initially struggling to relate to them, he gradually begins to realise that although he has a great deal to teach them in the art of fencing, they likewise enrich his life. Inspired by the children’s passion and dedication to improving themselves, he eventually comes to accept the consequences of his own past decisions, and sacrifices his own safety in order to help them realise their dreams.

Due to the film’s themes and the fact that it is subtitled, it is more suitable for older viewers, so is not recommended for children under 13.