Fox and the Hound, The 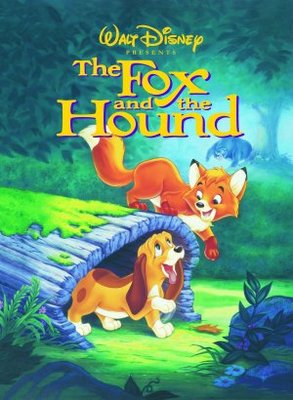 Not suitable under 5; parental guidance to 6 and for sensitive children (emotionally intense and sad themes (death of parent, wild animals getting hunted), violence, and scary scenes)

When lonely, elderly, Widow Tweed (voiced by Jeanette Nolan) finds an orphaned fox cub (voiced by Keith Mitchell), she takes him into his care and names him Tod. At the same time, Widow Tweed's neighbour, the hunter Amos Slade (voiced by Jack Albertson), brings home a young puppy, Copper (voiced by Corey Feldman), whom he wants to train to become a hunting dog to team up with experienced hunting dog, Chief (voiced by Pat Buttram). One day, while exploring the surroundings of the farm, Tod meets Copper, and – unaware that they are supposed to be each other’s enemy – the two become mates and promise each other to be best friends forever. While playing, Tod and Copper cause some mayhem, agitating Chief and Amos. When Amos realises that Widow Tweed has given shelter to a fox, he makes it clear that he will hunt and kill Tod if he ever comes near his farm again. Over winter, Amos goes on a trip, announcing to be back in spring. By springtime, Tod (voiced by Mickey Rooney) has grown up into a handsome young fox and Copper (voiced by Kurt Russell) returns as a trained hunting dog. Against the advice of his animal friends, Tod goes to greet Copper at his farm but Copper urges him to leave and explains that they cannot be friends anymore. Chief alerts Amos that Tod has returned, and they start hunting him. During the hunt, Chief gets severely injured and nearly dies. Angry, Copper and Amos swear that Tod will have to pay with his life. Widow Tweed knows that she cannot protect Tod forever, and, with a heavy heart, brings him to a protected nature reserve where hunting is prohibited. Blind with fury, Amos ignores the hunting ban, determined to eliminate Tod, and, in a tragic chain of events, the childhood friends are confronted with each other in a life-or-death situation.

Disney classic; Friendship against all odds; The relationship between man and nature; Love and loss; Friendship; Courage.

Loosely based on Daniel P. Mannix's 1967 novel, The Fox and the Hound is a classic Disney musical drama, telling a wonderful tale about a friendship that is formed and maintained against all odds. The story does not shy away from portraying loss and peril, and it is those sad, scary, and violent themes and scenes that render the film unsuitable for children under 5 and warrant parental guidance for young and sensitive viewers.

The main messages from this movie are that love and friendship have the power to beat rage and revenge, and that sometimes it is important to make decisions by listening to your heart rather than your head.