Guess How Much I Love You - An Enchanting Easter 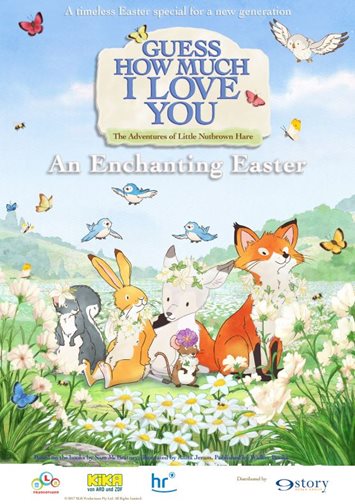 This movie experience for very young children features three short films. The first, An Enchanting Easter is 30 minutes long, and two others Fly the Nest and Treasure Hunt are short 10-minute episodes.

These three short films are just like the television series which is based on the well-loved children’s book Guess How Much I Love You. On the big screen it gives very small children the opportunity to visit the cinema and see something that is familiar and safe. The slightly longer An Enchanting Easter (30 minutes) is suitable for children under six, due to its simple story, clear moral messages of friendship and trust, and attractive animation. Fly the Nest and Treasure Hunt contain far less story and moral exploration but are still suitable for children under 6, however, may lack interest for children over the age of six.