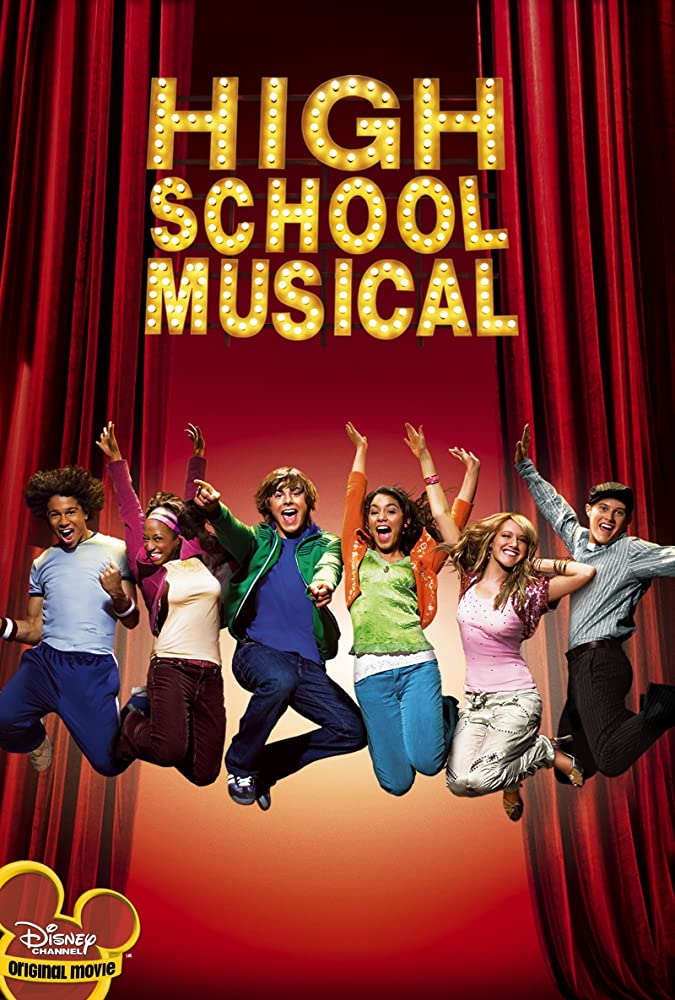 Parental guidance under 6 for potential lack of interest. Suitable for 6+.

High School Musical is a Disney TV-movie which follows two students, Troy (Zac Efron) and Gabriella (Vanessa Hudgens) who meet on Winter Vacation when they are called upon to sing Karaoke at a New Year’s party. The two find that they enjoy singing together and decide to exchange numbers before going their separate ways. Gabriella transfers schools at the beginning of the new school term and to their surprise ends up at Troy’s high school. Troy is captain and star player of the East High ‘Wildcats’ basketball team and Gabriella is a talented science student and becomes a member of the academic decathlon team. Gabriella tries to convince Troy to try out for the school musical and although Troy and Gabriella miss the audition, they are eventually heard singing by the drama teacher who invites them to a call back. When the call back list is posted, brother and sister team, Ryan (Lucas Grabeel) and Sharpay Evans (Ashley Tisdale), discover that they have competition for the leads in the musical and are angry that Troy and Gabriella aren't sticking to the ‘status quo’. Also unhappy, the Wildcats and the decathlon team are fearful that their teammates may choose singing over them and conspire to trick Troy into saying that Gabriella and the audition are not important to him. Gabriela gets extremely upset by his betrayal and decides not to audition for the musical. Troy is left confused and upset and realising their mistake, the basketball team, tell Troy what happened and offer to support him in the call back. Meanwhile, Ryan and Sharpay encourage the music teacher to change the audition time to coincide with the basketball championship and the scholastic decathlon, forcing them to decide. When the basketball and decathlon teams find out about this deception, they develop a plan to help them do both.

High School Musical is a family-friendly musical aimed at tween audiences. The movie is filled with positive messages about friendship and being true to yourself. While the plot lacks in complexity, the catchy songs, upbeat dance sequences and portrayal of young romance will surely engage viewers.

Values in this movie that parents may wish to reinforce with their children include acceptance and the importance of supporting your friends when they want to try something new.