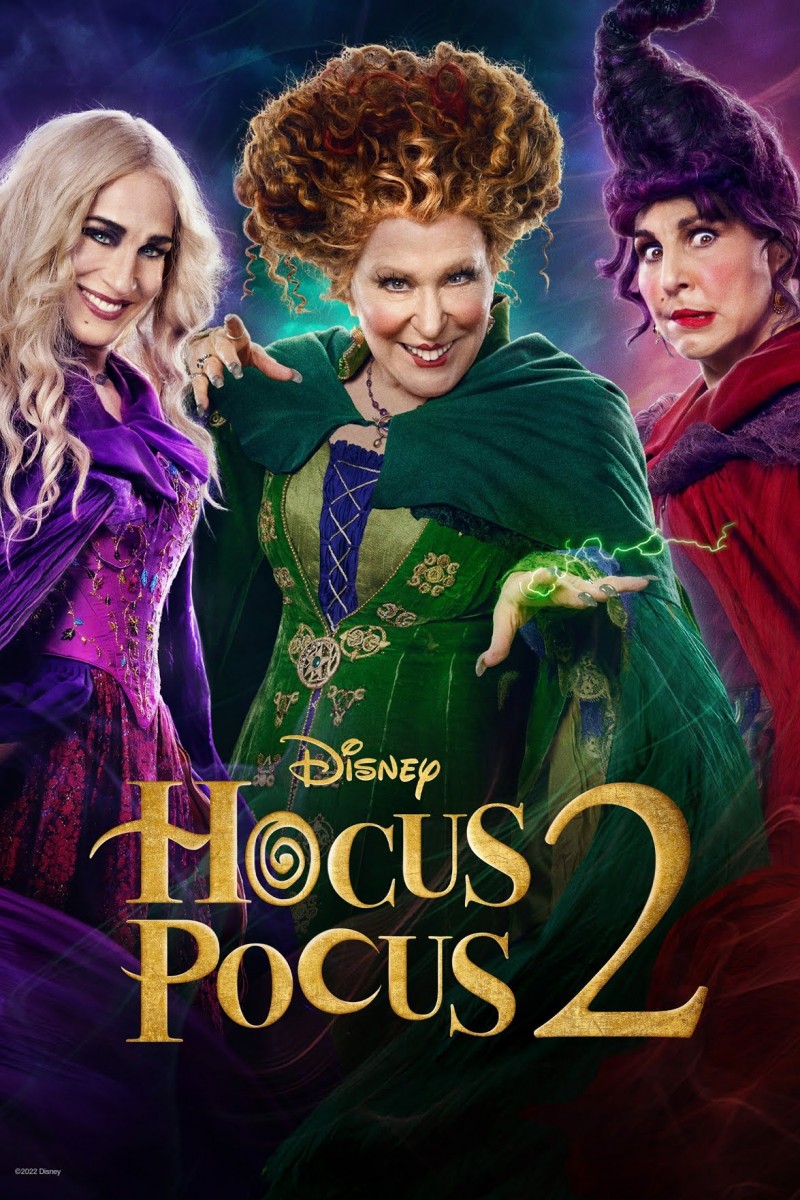 Not suitable under 9; parental guidance to 11 (scary scenes, themes and violence)

Decades after the original film takes place, Becca (Whitney Peak) and her best friend, Izzy (Belissa Escobedo), go to their special spot in the woods outside of Salem to do a birthday ritual. Magic store owner and aspiring magician, Gilbert (Sam Richardson), has gifted Becca a candle which the girls light. Unbeknownst to them, it is a replica of the legendary ‘black flame candle’ and it too possesses the power to return the Sanderson sisters to life. With another shot at immortality, Winnie (Bette Midler), Sarah (Sarah Jessica Parker) and Mary (Kathy Najimy) are determined not to be fooled or side-tracked and vow to do everything they can to avenge themselves on the people of Salem. The sisters plan to start with Becca and Izzy but soon notice that the Mayor of Salem (Tony Hale) is a direct descendant of their nemesis, a 16th century reverend, who tried to separate the sisters and force Winnie into an arranged marriage. When their plans to locate the Mayor go awry, the sisters give Gilbert the choice of procuring a list of random ingredients for a spell that will make them all-powerful, or suffering a terrible death. While Becca and Izzy do what they can to keep the Mayor safe, they soon learn that his daughter, Cassie (Lilia Buckingham), and their estranged friend is also in danger. When Cassie is abducted by the witches, Becca and Izzy pursue her back to the woods and, with the help of an unexpected ally, attempt to save Cassie, themselves and all of Salem from the ever-present threat of the Sanderson sisters.

Child/teenage abduction and the concept of sucking the life out of children; Witchcraft; Revenge.

Hocus Pocus 2 is the long awaited sequel to Disney’s original, Hocus Pocus. Featuring some of the original cast and a number of new additions, the film shines a light on the earlier years of the Sandersons and shows the depths of sisterly devotion. Hocus Pocus 2 will be best enjoyed by tweens, teens and fans of the original film.

The main messages from this movie are that there is strength in standing together; that women (and girls) become stronger when they are united; and that power is meant to be shared.