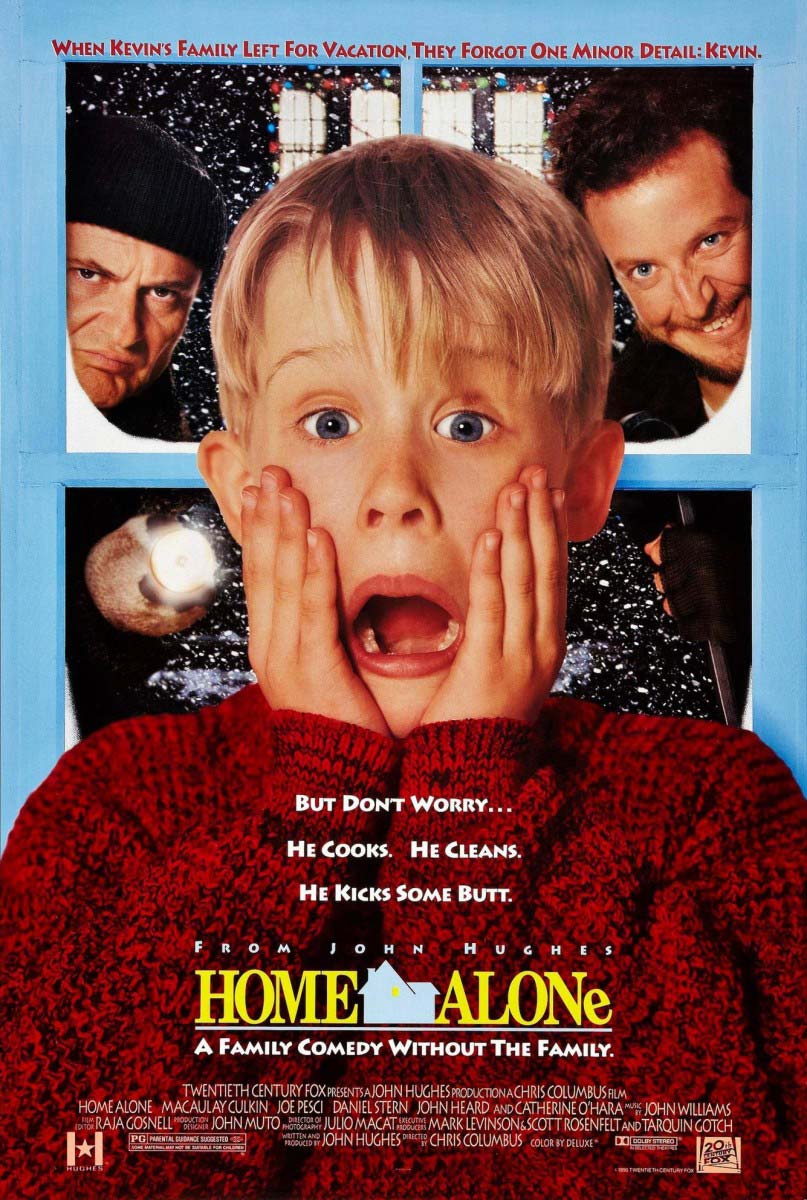 Not suitable under 7; parental guidance to 9 (slapstick violence, coarse language, and some sexual references)

A couple of days before Christmas, 8 year-old Kevin's (Macaulay Culkin) extended family gather at his home before setting off for a family vacation in France. When everyone oversleeps on the morning of departure, they get into a hectic frenzy to make it to the airport. Amidst the chaos no one notices they have accidentally left Kevin behind, who had spent the night grounded in the attic after being naughty. When he wakes up, he realises that he is home alone. Delighted about the freedom to do whatever he wants at first, Kevin soon realises that he misses his family, even though he had wished them to disappear when he was angry. Things get worse when Kevin realises that a pair of notorious burglars (Joe Pesci and Daniel Stern) have targeted his house. While all efforts by his desperate family to make contact or to travel back straight away fail, Kevin is determined to defend his home and comes up with an impressive arsenal of traps to await the surprised and clumsy burglars.

There is frequent slapstick violence in this movie including:

While the burglars are clearly in pain, they do not get as seriously injured as one would expect if some of these things had happened to them in real life. The violent scenes are scripted to be funny, which trivialises and legitimises the use of violence.

There are some references to nudity in this movie, including:

Home Alone, released in 1990, has become a classic family holiday movie that, for parents, will bring back some 90s nostalgia (90s fashion and style, VCR tapes, having to queue up at a pay phone). Now 30 years old, the film still has the ingredients for an entertaining family movie, including a strong cast, a lot of slapstick comedy, and also some positive and important messages. However, due to the violence, coarse language, and some sexual references, this movie is not suitable for children under 7 and parental guidance is recommended to 9.