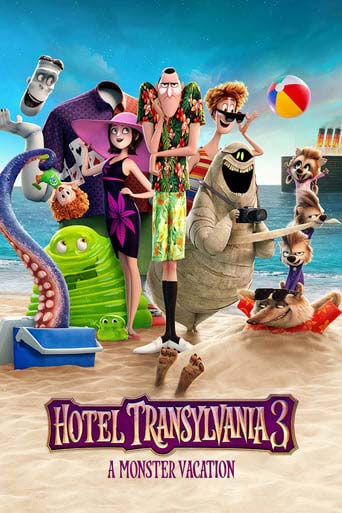 Not recommended under 8, parental guidance recommended 8-10 due to adult themes, violence and scary scenes.

This is the third movie in this series of animated films about a vampire who runs a hotel with his daughter. In this latest instalment, Count Dracula (voice of Adam Sandler) is starting to feel a little lonely being on his own without a love in his life. To cheer him up, his daughter Mavis (Selena Gomez) books the whole family on a luxury cruise for monsters, thinking that all he needs is some quality time with his family and friends. On the ship, Dracula sees Captain Erika (Kathryn Hahn) and falls in love with her at first sight. Little does Dracula suspect that Erika is actually the great-granddaughter of his old archenemy, Abraham Van Helsing (Jim Gaffigan) and that the two have ulterior motives and evil plans for the monster cruise. While Erika plots against the monsters, Mavis senses that something is not right and must move quickly to save them all from harm.

The supernatural; monsters and vampires; family, love and companionship, discrimination and prejudice

Children in this age group may also feel disturbed by the above-mentioned scenes.

Although there is no substance use of concern in this movie, there is a scene where the monsters visit a casino and engage in gambling and using pokie machines.

There is some mild toilet humour - for example, farting after eating garlic.

Hotel Transylvania 3: A monster vacation is a light and entertaining film which older children will love. There is plenty of humour and many creative quirky creatures that are likely to keep most of the family entertained and laughing. However, under 8s are likely to find some scenes and characters too scary, and parental guidance is recommended for under 10s.

The main message from this movie is that you shouldn’t discriminate against those who are different.