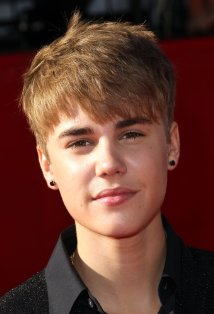 PG under 5 (Lacks interest and some scenes may disturb)

This documentary follows 16-year-old Justin Bieber's recent concert tour and final performance at New York's Madison Square Garden. The film also traces his rise as a global pop-music phenomenon, showing how YouTube and social networks brought him to the attention of record producers and radio stations throughout North America. During the film, we meet the people who have run the Justin Bieber marketing machine, including his manager, his voice coach, his head of security, and his mother and grandparents. We also see his devoted fans - numerous tween and teenage girls.

There is some brief clothing in this movie, including:

Justin Bieber: Never say never is a documentary that is sure to appeal to young girls and teenage fans, but will probably lack interest for young children. It is full of the star’s musical hits that display his talents to the full.

The main messages from this movie are to follow your dreams and never give up.

Parents may also wish to discuss the implications of being a pop star and the possible effects of stardom on a young person.