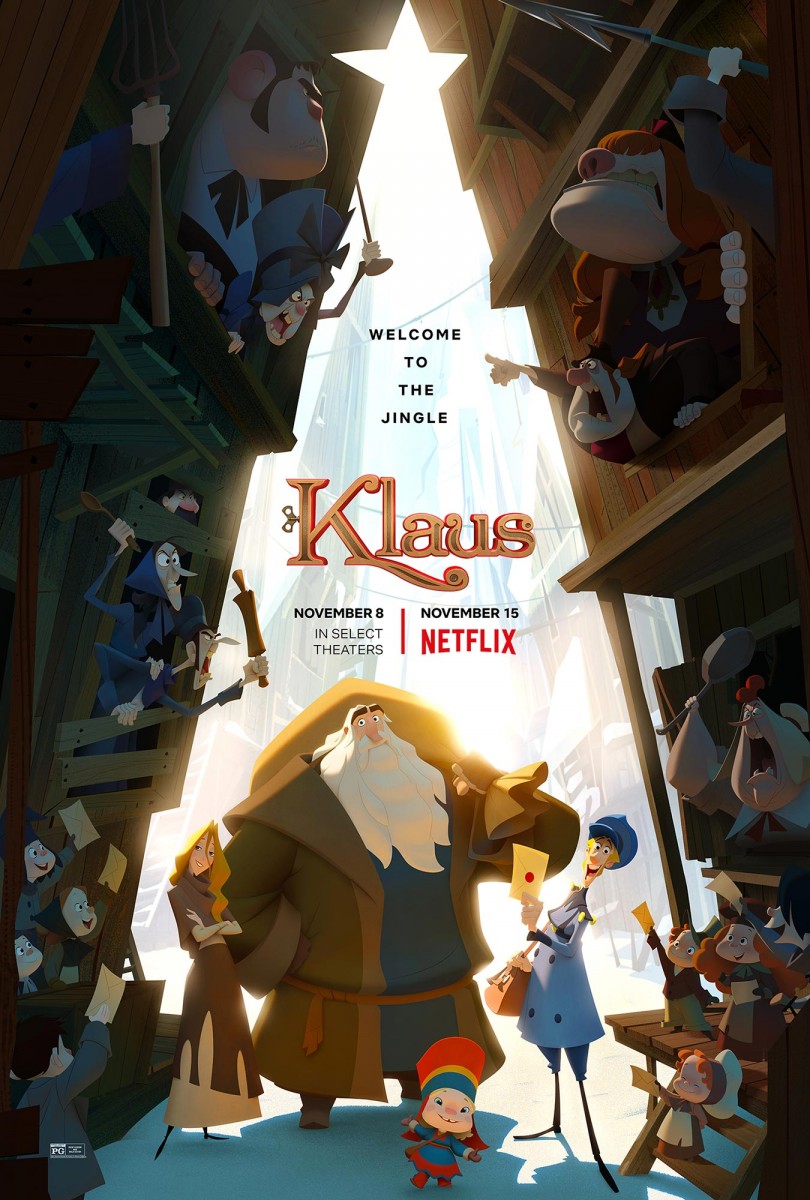 Not suitable under 6; not recommended under 7; parental guidance for 7 year olds (scary scenes)

Jesper (voice of Jason Schwartzman) is a privileged and spoilt young man who is completely useless at every job he does. In despair, his father sends him to a remote island to be their postman. Smeerensburg is a freezing, isolated place in the Arctic Circle, whose inhabitants are feuding clans. The Krums and the Ellingboes hardly speak to each other, let alone send letters, so Jesper finds himself with little to do. Even the teacher at the local school, Alva (Rashida Jones) is disillusioned with teaching and has become a fish monger.

Feeling rather desperate, Jesper goes for a long walk and discovers an old woodcutter’s cottage that appears empty. He goes inside to find it is full of toys. Klaus (J.K. Simmons), the owner, enters the house looking menacing with an axe in hand. Jesper discovers that Klaus is a sad old man who has lost his wife. The two eventually become friends and together transform Smeerensburg into a place with laughing children and happiness. The feud ends, the school returns to teaching and the magical lore of bringing toys to children, who hang stockings on the fireplace in anticipation, is born.

Klaus is an animated family movie about the origins of Santa Claus. The story exposes the futility of senseless fighting which only brings sadness and sorrow, and highlights that being kind and showing generosity changes everyone for the good. The movie is dark and scary in places and is therefore not suitable for children under 6, not recommended for children under 7 and parental guidance is recommended for 7 year olds.

The main messages from this movie are that one act of goodwill always sparks another and that it is much better to be kind.