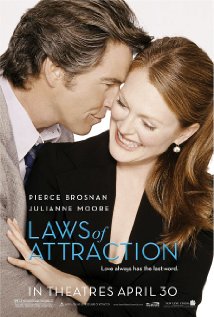 Not recommended under 13 (Lang. Sex.)

Audrey Woods is a highly successful, divorce attorney who came first in her class at Yale. She has achieved this by focussing on her career, to the exclusion of forming any relationships with men. When she meets Daniel Lafferty, a self assured, laid back, divorce lawyer, she takes an immediate dislike to him. This increases when Rafferty wins the Harrison case, defending the husband of her client. However Lafferty quite likes Woods and goes out of his way to win her over. Audrey thinks she can manipulate Rafferty so she goes to his house to see him. They drink too much and end up in bed together much to Audrey’s disgust.

They again both represent another husband and wife, Serena and Thorne Jamison. Serena is an insecure dress designer, married to punk rocker Thorne. Serena wants her share of ‘Castle Rock’, an Irish castle the couple had bought in happier times. Lafferty and Woods both travel to Ireland to see the castle and while there, they attend a festival celebrating a local legend of the village. Again they both drink too much and end up in bed together, but this time find themselves with daisy chain rings on their wedding fingers and realise they must have unwittingly tied the knot.

Daniel is quite happy with this arrangement but Audrey is not so pleased. However for the sake of their careers, Audrey agrees to give it a go and ends up falling in love with Daniel. However when they discover that the marriage wasn’t in fact real they then have to decide whether they want to stay together. The two of them still have to battle over the Jamison divorce which turns out not quite as planned.

There is no violence in this movie but Audrey’s mother is shown with very bruised eyes after using botox.

There are several sexual references in this movie:

The take home message is probably that drinking too much can make you do things you might regret.