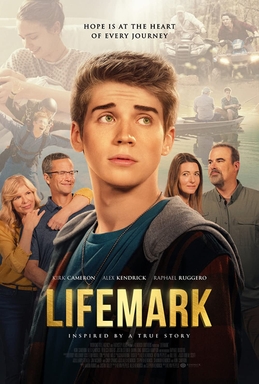 Not suitable under 13; parental guidance to 15 (adult themes, lack of interest for younger viewers)

David Colton (Raphael Ruggero) has just turned 18 and is enjoying celebrating the occasion with his adopted parents, Jimmy (Kirk Cameron) and Susan (Rebecca Rogers). David has always felt different to other kids and that a part of him was missing. However, when his birth mother, Melissa (Dawn Long), reaches out to him, he isn’t sure he wants to meet her. Susan suggests they take it a step at a time and they send Melissa a letter with some of David’s information.

Melissa then contacts David via social media and the two make a connection. Melissa is desperate to meet her son in person and eventually they agree to meet up. It is a very emotional time for Melissa, who was only 18 when she had David. Brian, (Lowrey Brown) the father, felt he was too young to become a father and encouraged Melissa to have an abortion at the time. Melissa was about to have the procedure when she changed her mind and chose to have him adopted instead. Susan and Jimmy are forever grateful for the decision she made.

Lifemark is a faith-based movie presented by a pro-life group in the US. The film is very emotive and addresses a very divisive subject – promoting the belief that life is sacred and that there are loving families out there waiting to bring a child into their home for various reasons. Due to the subject matter of the film, it isn’t recommended for children under 13 and parental guidance is recommended for children aged 13-15.

The main messages from this movie are that adoption is preferable to abortion; and that families come in different forms.

This movie could also give parents the opportunity to discuss with their children the importance of being responsible in matters of sexual relationships. Parents could also talk about a woman’s rights to decide for herself about what is necessary for her. A third option that isn’t explored in the film, is the ability to decide to bring up a child alone. Parents could discuss the implications of all of these choices.