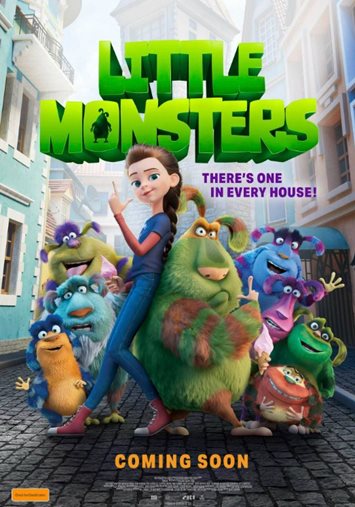 Not suitable under 5; parental guidance to 7 (violence, sense of peril)

Every household has a ‘Finn’, a fluffy, furry, invisible creature responsible for making sure that everything runs well, that people get where they need to be and that the house is truly a home. Most Finns take pride in looking after their humans but Finnick (voice of Billy Bob Thompson) is not like most Finns. Finnick has decided that he is tired of the noise and bother of the human world and he does everything he can to make sure that no one stays in his house. To the locals, his house is known to be haunted but logical, thirteen-year-old, Christine (voice of Nathalie Ferare), who has just moved in with her parents, believes there must be a reasonable explanation and sets out to discover what it is. Christine soon encounters a world she never expected to find and, thanks to her ingenuity, is able to see not only Finnick but other Finns as well. When a series of terrible events begin to take place, Christine and Finnick must work together to solve the mystery and save their city.

Little Monsters is an animated adventure featuring cute characters and an interesting plot. It is a family film for all but the youngest of viewers, with parental guidance recommended for ages 5-7.

The main messages from this movie are that seeing is believing and that there is often more than meets the eye to any given situation; that huge problems can be solved by working together; and that friends and allies can be found in the most unlikely of places.