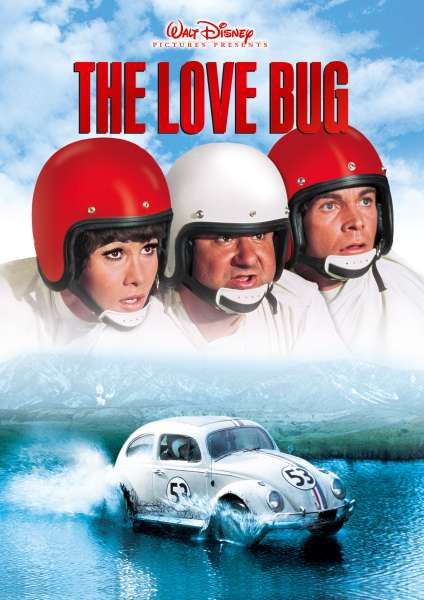 Jim Douglas (Dean Jones), a burnt-out racing driver, draws new hope at reviving his career when he stumbles across a little Volkswagen Beetle that appears to have a mind of its own and a talent for racing. At first, Jim struggles with the strong-willed vehicle but Jim's faithful friend and supporter, Tennessee (Buddy Hackett), is convinced that they have indeed found a very special treasure, and he names the Beetle, "Herbie". And indeed, Jim and Herbie start making headlines, winning several local races. Things become more complicated when Peter Thorndyke (David Tomlinson) – the car salesman who sold Herbie to Jim and who is also a successful racer – wants to get Herbie back. As Jim refuses, Thorndyke is determined to sabotage and beat the team, and, if this wasn't enough to handle, Jim and Thorndyke have both fallen for Thorndyke's sales assistant and mechanic, Carole (Michelle Lee).

The Love Bug is a 1968 Disney classic and the first film of the ‘Herbie’ series. Parents and children need to consider and acknowledge that this film was made over 50 years ago, and that some of the humour, often derived from cultural stereotypes, is dated (for example the stereotypical depiction of Asians, or Thorndyke belittling Carole, not recognising her talent and independence). Nevertheless, strong-willed and quirky little Herbie can surely still win the hearts of a family audience, and there are some positive messages to be taken away. Best suited to families with children over 6.

The main messages from this movie are that pride goes before a fall, and that being part of a good team is priceless.