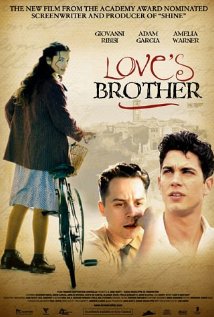 Angelo and Gino are two brothers who, having lost both their parents, migrate to Australia from Italy in the 1950s in the hope of building a better life. Angelo, the older brother, is shy but caring and not particularly good looking. His younger brother Gino is handsome, self confident and always bailing Angelo out of difficult situations. They share a strong bond and love for each other. Gino has no trouble meeting girls but Angelo has great difficulty and so enlists the help of Senora Carmelina who arranges marriages between local boys and young Italian girls back in Italy.

Having been rejected on several occasions, Angelo is wary of trying again but when he sees the photo of Rosetta, a beautiful young girl from Southern Italy, he decides he will try again. However Angelo decides to do something quite uncharacteristic and sends his brother Gino’s photo instead of his own. Rosetta likes the look of the young man in the photo but is naturally afraid of travelling so far to an unknown land and leaving behind her mother and brothers and sisters. Rosetta’s mother believes life will be better for her in Australia and persuades her that it is her destiny.

When she arrives in Australia she is dismayed to learn that ‘Angelo’ is really Gino but being a well mannered girl tries hard to hide her displeasure. She stays with the boys’ sponsor family until she decides what she will do. Gino is attracted by her beauty but because of his love for Angelo is determined that she should marry him. Gino remains adamant that he is in love with his girlfriend Connie and that he is going to marry her. However, events don’t always work out the way they’re planned.

There are a few sexual references:

Gino and Connie are kissing passionately in the car and afterwards Connie pulls her top on.

There is drinking and smoking in a hotel and at the wedding.

There is a little coarse language, including one use of ‘for Christ’s sake'.

The take home message is to believe in yourself and to value your own qualities.