Lunana: A Yak in the Classroom 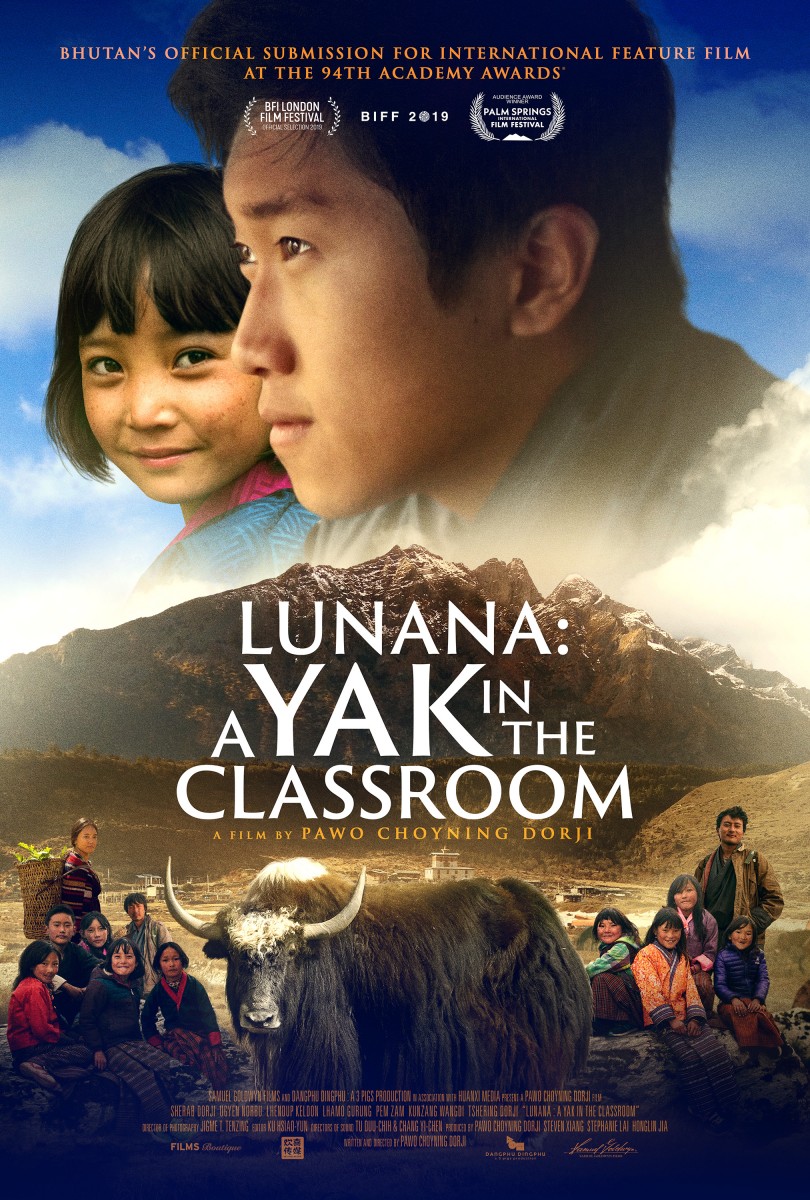 Not suitable under 8; parental guidance to 10 (language, themes, subtitles)

Disgruntled, big-city teacher, Ugyen Dorji (Sherab Dorji), dreams of becoming a singer and making a better life for himself in Australia. He has spent years dreaming and applying and waiting for a visa to be accepted, much to his grandmother’s displeasure. Before Ugyen can go, he is posted to a school in Lunana, one of the most remote villages in Bhutan that can only be reached after a long bus ride from the city and a week-long trek into the mountains on foot. From the moment he arrives, Ugyen makes it clear he doesn’t want to be there. He struggles to cope with the lack of electricity and indoor plumbing, with the cold, the outdoor toilets and the absence of most material items. The villagers, however, are desperate for a teacher and treat him like a king. The class is so eager to learn that they come to find him if he is late. The kindness and enthusiasm of the children, especially Pem Zam (Pen Zam), the head of class, quickly begins to win Ugyen over and he decides to stay to complete his term of service instead of heading back at the first opportunity. Slowly but surely, Ugyen begins to adjust to living a sparse life, he brightens the lives of his students who already adore him and learns a traditional song from the lovely Saldon (Keldon Lhamo Gurung), who sings her offerings while sitting amidst the clouds. Ugyen’s transforming influence is felt even by Asha (Kunzang Wangdi) the village chief, who begins to sing again, something he hadn’t done since the day his wife died. When it is finally time for Ugyen to leave the village it is a bittersweet good-bye and, while the ending is unclear, viewers are left with the hope that he will, one day, return.

The pull of materialism; Poverty; Alcoholism; Lower nature versus higher nature; The power of tradition in shaping beliefs, attitudes and behaviours.

Lunana: A Yak in the Classroom is a simple film. There is no fast-paced plot, no scandalous intrigue, if anything, it feels real. Audiences will be captivated by the natural charm of the children, and they will be touched by the plight of the community; humbled by the cinematography of the majestic terrain; and haunted by the beautiful melodies echoing over the mountain passes. Due to the nature of the movie and the fast-paced subtitles this is not a film that would largely appeal to most children (though they would be greatly enriched by seeing it) instead it will be most enjoyed by older, mature audiences.

The main messages from this movie are that sometimes the greatest happiness can be found by leading a simple life; that people are far more powerful than things; and that good teachers are worthy of great honour and respect, for it is they who ‘touch the future’.

This movie could also give parents the opportunity to discuss with their children the importance of family and tradition (even when they appear old or out of touch), and the importance of community life and helping those around you. They may also like to acknowledge that while Ugyen left Lunana, he was both touched and transformed by the lessons he learned there.