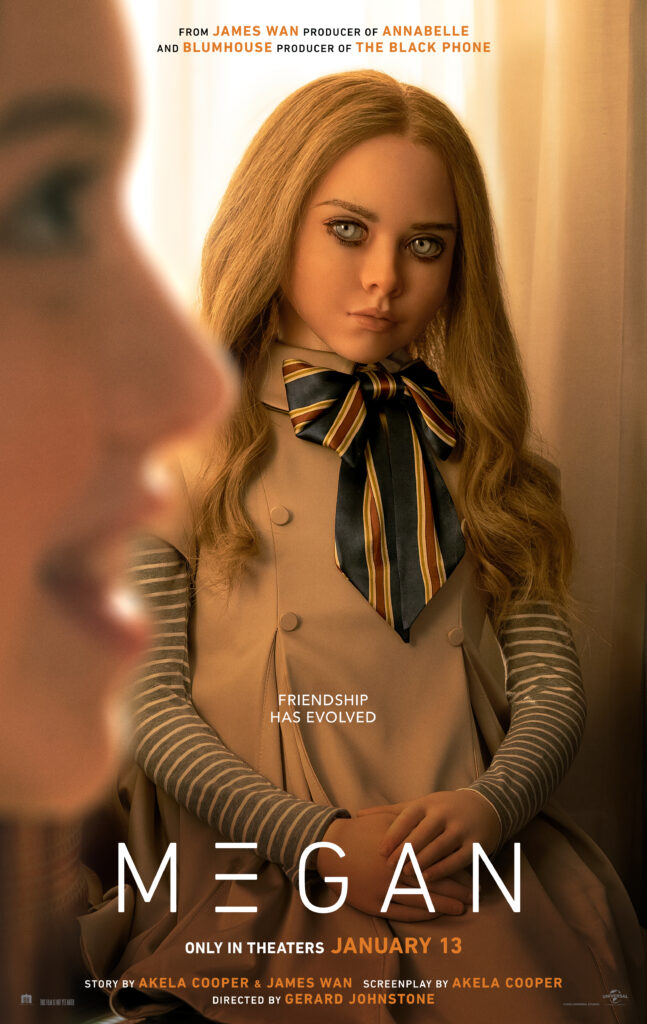 Not suitable under 12; not recommended under 15; parental guidance to 15 (violence, scary scenes)

Cady (Violet McGraw) is a ten year old girl whose parents have both been killed in a terrible car crash. She goes to live with her aunt, Jemma (Allison Williams), who is a technical toy maker. Jemma is under a lot of pressure at work to come up with a new invention as her boss, David (Ronny Chieng), isn’t interested in the artificial intelligence doll she has created. Jemma struggles with having to cope with a grieving child, while balancing her work commitments. She therefore introduces her AI doll, M3GAN (Amie Donald and voice of Jenna Davis), to Cady to help her cope with her difficulties.

Cady becomes emotionally attached to M3GAN, whose main purpose is to take care of Cady and keep her safe. M3GAN, however, takes this to extreme lengths when Cady is at all threatened by others. M3GAN takes on a life of her own and becomes a killing machine, eliminating all who cross her path. It is up to Jemma to find a way to shut M3GAN down, which becomes increasingly more difficult.

The main message from this movie is that electronic devices and toys cannot replace human interaction.