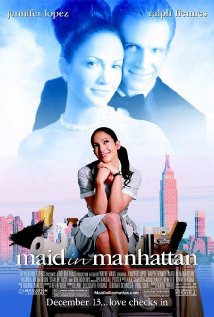 It’s an important day at school for young Ty Ventura who has to give a speech he’s been working on all summer. His single Mum Marisa promises to be there to hear it and hopes Dad Marcus will be there too. Marisa then heads to work at an exclusive New York hotel where she works as a maid. On that day, Chris Marshall who is running for the Senate arrives at the hotel with his dog Rufus, as well as an English socialite named Caroline Marshall.

Marisa just makes it to school just in time to hear Ty give his speech but the father isn’t able to make it. Ty fumbles through the speech which causes much laughter from his peers.

The following day Marisa is cleaning Caroline’s room when her friend persuades her to try on a $5000 outfit. Meanwhile Ty befriends Rufus and Chris Marshall and goes up to ask his Mum if he can take the dog for a walk. Chris walks in the room and sees Marisa in the outfit and presumes she’s a guest. He is quite smitten by her and asks her to come for the walk too. Marisa goes along with the masquerade and introduces herself as Caroline. They continue to see each other and fall in love. Chris and Ty also develop a friendship in which Ty sees Chris as a father figure. Eventually the real Caroline realises what is happening and exposes Marisa as the maid. It is then up to Chris to decide whether he loves Marisa for the social position he thought she had or for the person she really is.

There is very little violence and nothing scary in this film.

There are some sexual references including:

There is some smoking and drinking of alcohol.

There is infrequent use of coarse language which includes the following words:

The take home message in this film is that a person’s character is more important than his or her background and that people shouldn’t be judged according to their social status.