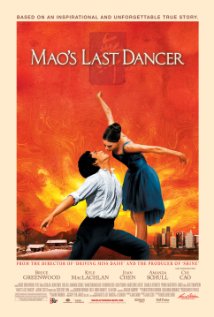 Chosen from thousands of children across China, young Li Cunxin (Huang Wen Bin) is taken from his family in a rural mountain village and brought to Beijing to study ballet at Madame Mao’s Academy. Unprepared for the harshness and discipline of his new environment Li struggles to find his place and prove himself. With the help of a politically incorrect teacher who believes in him and in his ability to become something far greater than anything they could imagine Li (played in his teenage years by Chengwo Guo and as an adult by Chi Cao) begins to find an inner strength that helps him through the harsh environment he daily endures and that will assist him in facing future set backs and challenges.

When Ben Stevenson (Bruce Greenwood) brings his lead dancers from the Houston Ballet for a cultural tour to China he is won over by Li’s passion and skill. He organizes a very rare, short term, cultural scholarship so that Li can study and dance with the Houston Ballet Company. At first Li is dazzled by the skyscrapers, electric appliances and freedom that Americans appear to take for granted but he soon begins to find his niche in the ballet company. He falls for an aspiring dancer Liz (Amanda Schull) and decides to fight for his new-found freedom.

Mao’s Last Dancer is an autobiographical drama based on the book of the same name that delivers heartfelt performances and beautiful dance scenes. It is likely appeal to older children and adults.

The main messages from this movie are to believe in yourself, find your inner strength and never lose sight of your dreams.