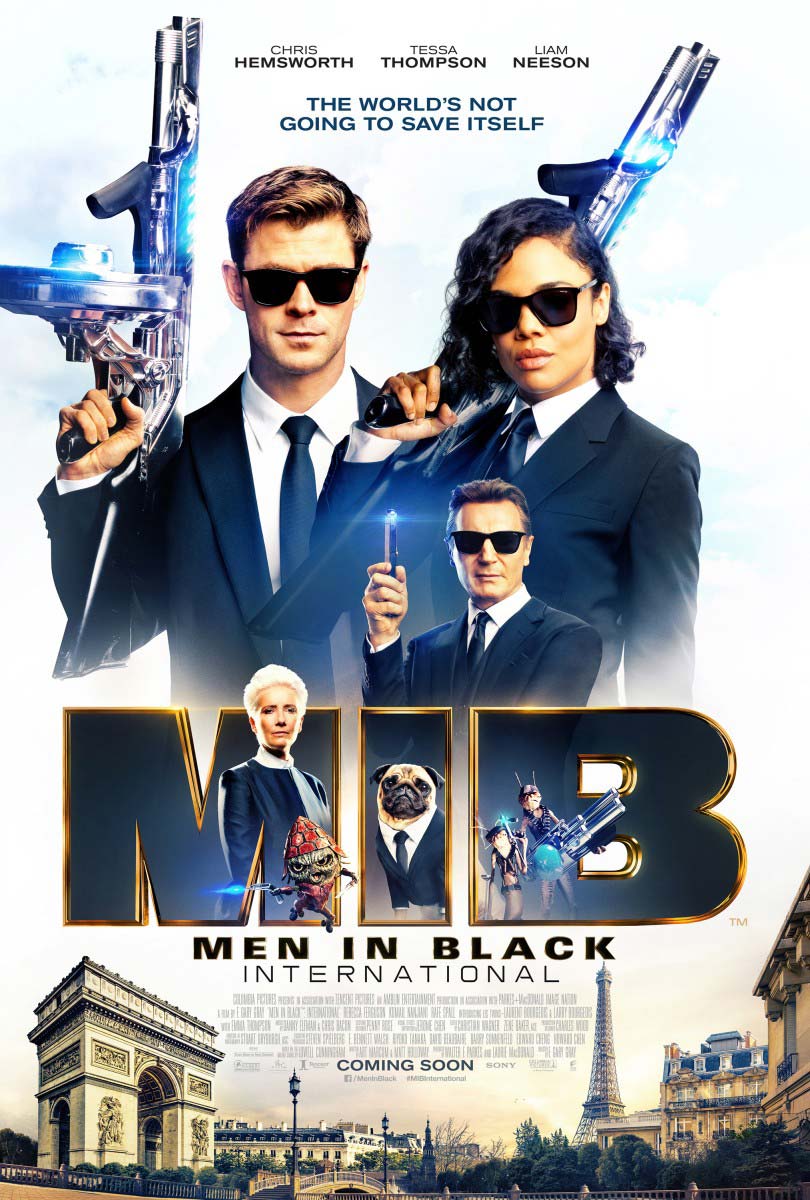 Not recommended under 12, PG to 15 (Violence, language, scary scenes)

The latest instalment in the Men in Black series follows the life of Molly, who has an alien encounter as a child. This chance meeting has a profound effect on her and she dedicates her life to finding out the truth about alien life forms, their impact on Earth and the secret agency that interacts with them. Finally, as a young woman, she manages to track down the Men in Black Offices and, with tenacity and determination, get herself hired on a probationary basis. She is soon sent to London as Agent M (Tessa Thompson) where she finds herself working a case with the highly decorated and reckless Agent H (Chris Hemsworth). They are charged with showing the Jubabian diplomat Vungus (Kayvan Novak) a night on the town.  The Hive, an evil alien force intent on taking over the world, sends alien shape shifting twins (Laurent and Larry Bourgeois) to take a secret weapon from Vungus and then kill him along with anyone else who gets in the way. Shortly before dying Vungus passes the weapon to Agent M warning her not to trust anyone in MIB. When the weapon is stolen from them Agents M and H set off to get it back, find the mole in their agency and save the world regardless of personal risk or what it may ultimately cost.

Saving the word from an alien species; good versus evil; the complexity of human relationships.

It is unlikely that children over the age of thirteen will find scenes in this film frightening.

Men in Black International is an action packed science fiction film. The plot is predictable and the dialogue is somewhat lacking but the special effects are excellent and the film will likely be enjoyed by mature audiences and fans of former Men in Black films.

The main messages from this movie are that looks can be deceiving, that good will triumph over evil and that if you persist at something long enough eventually your efforts will pay off.