Mia and Me – The Hero of Centopia 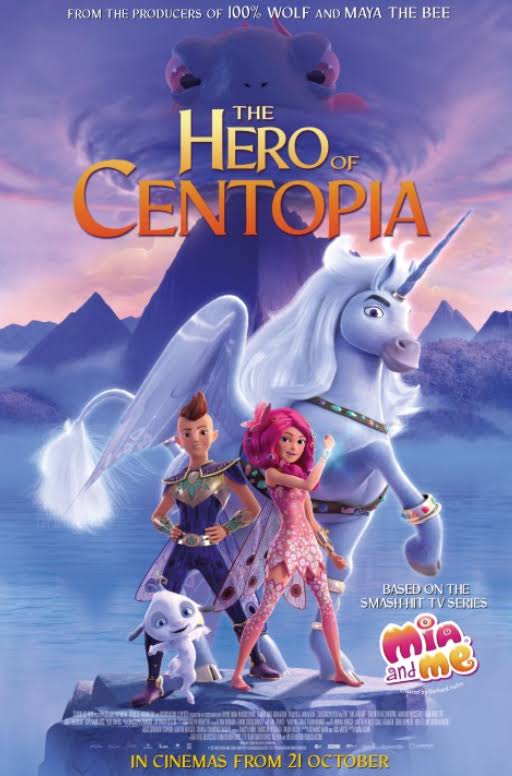 Not suitable under 6; parental guidance to 8 (violence, themes)

Mia (Margot Nuccetelli) travels with her grandfather (David Willetts) to their family summer home which is filled with memories of Mia’s childhood: old her room, her old toys, a magical storybook and memories of her parents who died in a diving accident. While there, her storybook shows Mia a prophecy. Then, the magical stone on the bracelet her mother left her transports Mia to the far away islands of Centopia. Here, Mia must make new friends, including Nino (voice of Julian Maroun), unite powerful stones and face her fears in order to save Centopia from the evil Toxor (Paul Davies), who is trying to take over the land and turn all of the fairies into groundlings, mindless creatures that exist only to obey Toxor’s every command.

Greed; Power; The battle between Good and Evil: Death and Separation from parents; The fear of being forgotten.

Mia and Me – The Hero of Centopia is a part live action, part animation, fantasy adventure. The predictable plot with positive messages about destiny and finding the strength within will appeal to young children but due to the themes and violence, the film is suitable for all but the youngest viewers.

The main messages from this movie are to believe in yourself; to try your best; and to always remember that courage, friendship and kindness are far more powerful than hatred and fear.