Monster Hunter: Legends of the Guild 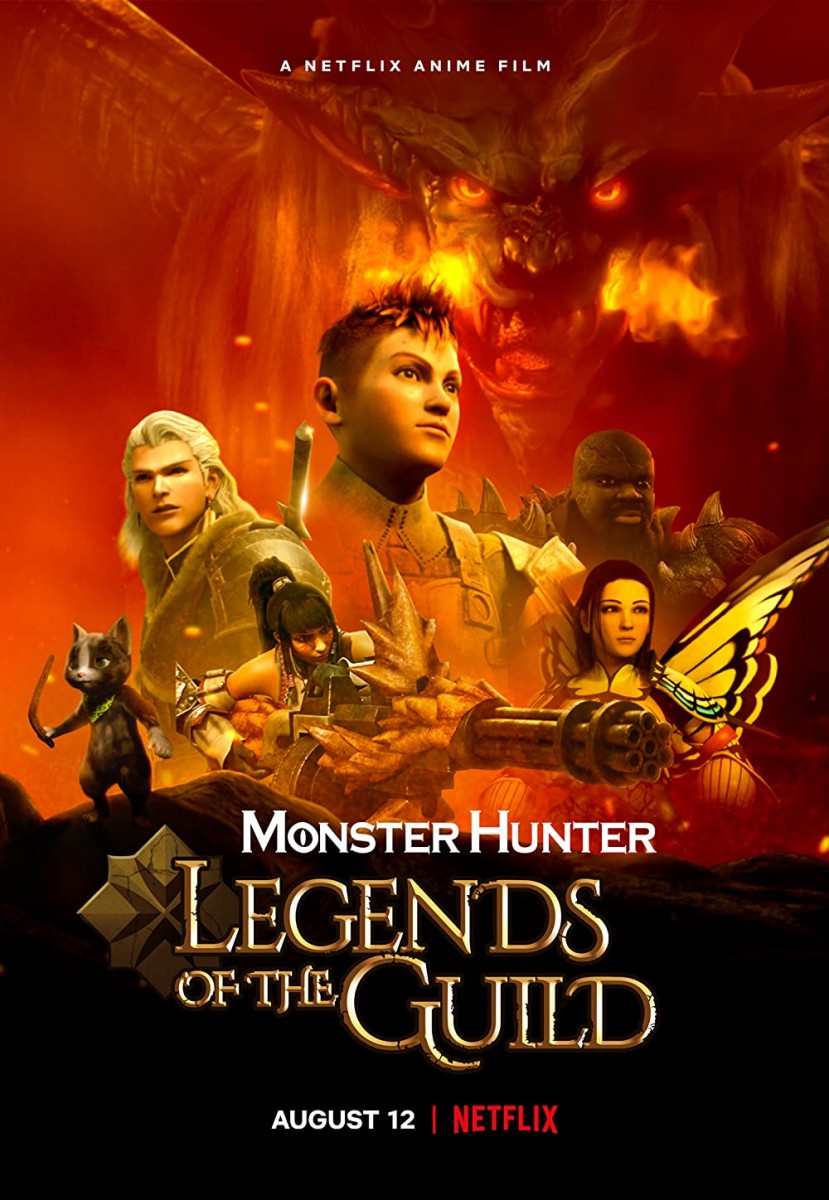 Not suitable under 8; parental guidance to 13 (fantasy action violence, depictions of death)

Living side-by-side with monsters, amateur monster hunter, Aiden (voiced by Dante Basco), and his village battle to keep their flocks from being eaten and their homes from being destroyed. When Aiden is saved from a Velociprey monster by Julius (voiced by Brando Eaton), an Ace Monster Hunter and member of the Monster Hunter Guild, he starts a quest to save the local villagers from an Elder Monster. Elder Dragons are a rare and ancient type of monster with immense power that destroy everything in their path - and one is headed straight for Aiden’s village. With the help of Guild Monster Researcher Mae (voiced by Caroline Caliston), Ace Monster Hunter Nadia (voiced by G.K. Bowes), weapons maker Ravi (voiced by Dan McCoy), and talking cat Nox (voiced by Stephen Kramer Glickman), Aiden and Julius come up with a plan to battle the Elder Dragon and save Aiden’s home.

Monster Hunter: Legends of the Guild is an animated film adaptation of the Monster Hunter video game series. Due to its length, story line, and content, this film will likely be enjoyed by younger fans of the video game franchise. However, this film is not suitable for children under 8 due to animated fantasy violence, frightening sequences, and depictions of death, and parental guidance is recommended to 13.

The main message from this movie is that protecting the balance of nature is vital to allow humans and animals to live side-by-side in harmony.