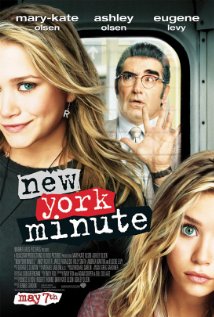 Jane and Roxy Ryan are twin sisters who are as very different in personality. Jane is compulsively neat, overly anxious and in control of where she wants to go with her life. She has her heart set on winning a scholarship to Oxford University and has been preparing the speech she has to give for a very long time. Roxy on the other hand, has a much more laid back attitude to life. She’s not interested in school and spends most of her energies devising ways to avoid it. Her great love is music and she longs to play the drums in a rock band. Their Mum died some years earlier and Jane feels that she has to take responsibility both for her father, who leads a busy life as a doctor, and for Roxy.

Jane wakes on the important day of her speech to a nightmare in which everything goes wrong. The nightmare turns out to be not very different from what actually happens. Dad promises to try and make the speech but asks Roxy to take Jane to the station to catch the train to New York. After catching the train with Jane, Roxy gets them both thrown off because she has no ticket. They unwittingly land in the middle of what appears to be a drug deal, but which is in fact the handing over of a microchip containing pirated music. This microchip is worth millions of dollars to the owner of a Chinese nail salon who makes illegal CD’s and DVD’S. The dealer slips it into Roxy’s bag which results in Bernie, the Chinese nail salon’s adopted son, chasing the girls all over New York. Roxy is also being ruthlessly pursued by Max Lomax, official truant officer, who’s determined to catch her.

The pursuits result in much mayhem and unfortunate disasters for the girls. Jane finally arrives at the auditorium to deliver her speech but is too late. However all is not lost as Roxy has held the fort for her.

There is some violence in this movie but all set in a comic context:

Some of the above mentioned scenes may be disturbing to children under the age of five. In addition:

Most children over the age of eight would not be scared by this movie.

There were no specific product placements. However, as the movie was set in New York, many brands, McDonalds in particular, were visible at various stages of the movie.

There were no sexual references in this movie.

There was no sexual activity in this movie. While there was no actual nudity, the girls do run around New York wearing only towels.

There is only one scene involving alcohol, where a drunk spills his drink all over Jane.

There is not really any take home message in this movie which has models some very dubious behaviours. The fact that the girls are rewarded for lying and cheating is questionable.