Nutcracker and the Magic Flute, The 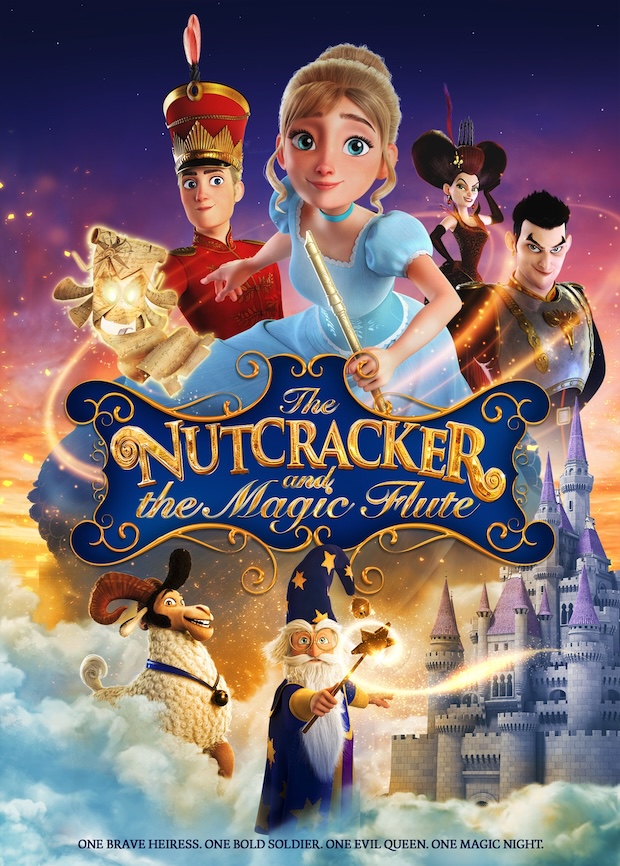 Not suitable under 9; parental guidance to 11 (themes, violence, gender stereotypes)

After a home ballet performance for her mother’s friends, Mari (voice of Lyubov Aksyonova) learns of her father’s debts and is offered a chance to pay them off in exchange for becoming the bride of Mr Ratter (voice of Pyotr Ivashchenko), a middle-aged, balding, overweight man. When Mari refuses, Mr Ratter threatens to throw her mother in prison and Mari out on the street. He hands Mari the nutcracker toy he had been using all evening, gives her one night to reconsider and tells her he will return for her answer in the morning. While Mari’s mother makes plans to leave their home, Mari goes to her room and makes a wish that she could play with her dolls like she did when she was younger and everything was simple. Then, Mari is magically transformed into the size of a doll and all her playthings come to life, including a stuffed ostrich, a ram and the Nutcracker himself. The Nutcracker is really the long lost Prince Georg (voice of Fedor Fedotov). Georg had been turned into a toy by his wicked stepmother who also keeps his father in a bewildered and sleepy state thanks to a series of potions, and plans to keep him alive just long enough for her own son to come of age and assume the role of king. The Queen (voice of Elena Shulman), her evil son and most of the royal court are really rats masquerading as humans. Georg immediately sets off to find his castle and Mari agrees to help him find the magic flute rumoured to possess the legendary powers able to transform the rats back to their true form and restore power to the humans. Will they manage to find it in time and what will happen to Mari if she doesn’t make it home by daybreak?

Curses and Magical transformations; Separation from a parent; Debt; Outdated notions of a stereotypical, helpless female who must always be assisted or saved.

The Nutcracker and the Magic Flute is an animated, musical adventure featuring a helpless, female lead character who must always be rescued or assisted by males. The film includes some dismissive gender-based comments such as: “Don’t worry your pretty little head about it”. It assumes that the highest aim of every girl is to be a beautiful princess and that boys should be strong, protective and in control. Due to these unfortunate messages, this is not a film for younger children despite that being the targeted audience. Ideally the film is better suited for use by older students to analyse messages or stereotypes used in movies and media.

The main messages from this movie are to have faith; believe in magic; and do what you must to survive.