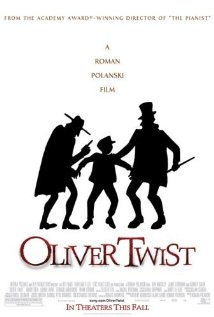 When Oliver Twist (Barney Clark) is eleven years old, he runs away from the orphanage where he has been so badly treated and treks 70 miles to London. Exhausted and with bleeding feet, Oliver is befriended by the Artful Dodger (Harry Eden) who introduces him to cunning Fagin (Ben Kingsley). Oliver is quickly immersed in the seedy world of 19th century London and is taught how to pick pockets and survive on the streets.
Fortunately for Oliver his path crosses that of the kindly Mr. Brownlow (Edward Hardwicke) However, nasty Bill Sykes (Jamie Foreman) is determined that Oliver won’t be allowed out of his desperate situation, despite the attempts by Bill’s girlfriend Nancy (Leanne Rowe) to protect him.

In addition to the above mentioned violent scenes, there are some scenes in this movie that could scare or disturb children aged eight to thirteen, particularly younger children in this age bracket, including the following:

There is some coarse language in this movie, principally:

Roman Polanski’s latest version of Oliver Twist, the very dark, Dickension tale of 19th century London, is very authentically portrayed and thus quite disturbing. The main message from the movie is that innate goodness can resist and ultimately overcome the external pressures of an evil world.