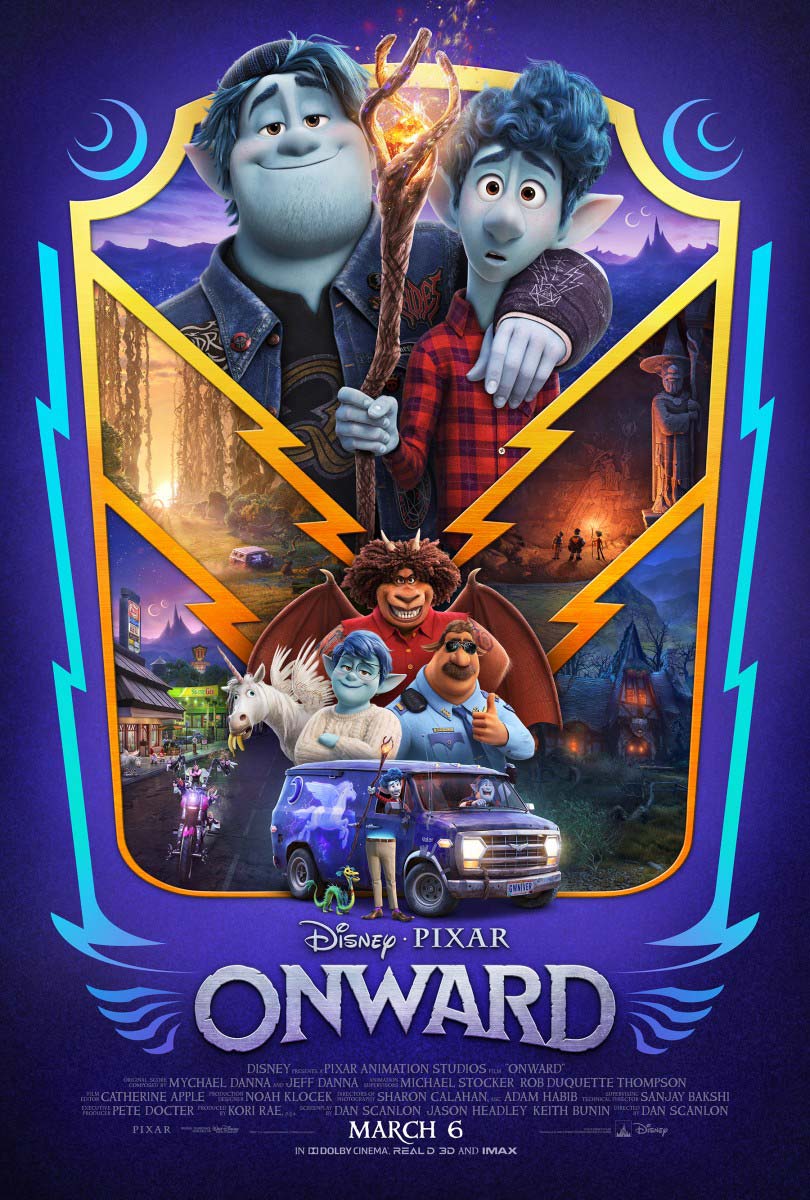 Not suitable under 5; parental guidance to 7 (themes, violence, suspenseful scenes of peril)

Long ago, the world was full of magic and wonder, rich with enchantments and spells. Over time, with the use of modern technology, the magic faded away until it became nothing more than a legend believed by very few. On Ian’s (Tom Holland) 16th Birthday, he and his older brother Barley (Chris Pratt), who lives for the legends of magic, receive an unexpected gift; a magical staff along with a spell to bring back their long deceased father for 24 hours, the father whom Ian had never known. When Barley tries and fails to perform the spell Ian takes a turn but something goes wrong and only half their dad materialises. In a desperate bid to complete the spell the brothers embark on a quest to find another magic stone before sunset the following day. Ian, desperate for a chance to know his dad and have some quintessential father-son moments together before he is gone again, does anything and everything to bring him back. Meanwhile their mother Laurel (Julia Louis-Dreyfus) sets out to find them and soon learns, with the help of a manticore (Octavia Spencer), that there is only one thing that can save them. As the brothers’ quest to find the stone drags on and they are faced with one challenge after another, Ian begins to realise that he is more like his dad than he ever imagined and that he has had a father figure in his life all along.

Onward is an animated fantasy with an original storyline and excellent graphics. The characters are diverse, the plot is fast paced and there are lots of positive messages about believing in yourself, overcoming obstacles and navigating tumultuous relationships in a positive way that make this an ideal film for families with children 8 and over. Parental guidance is recommended for children aged 5 to 8 due to themes, violence and suspenseful scenes of peril.

The main messages from this movie are that love is a journey, not a destination and that although sometimes we may forget or not know who we are, ultimately, we are loved and there is magic in us all.

This movie could also give parents the opportunity to discuss with their children the importance of preserving historical places, openly communicating with each other, recognising the needs of others and being able to trust and believe in those we love.