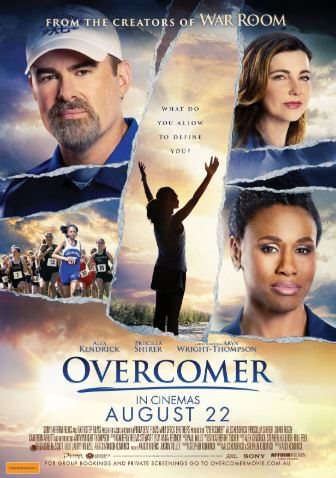 The population of a small town suddenly drops when its large factory closes and most of the workers are relocated. Subsequently, high school basketball coach John Harrison (Alex Kendrick) loses his team and is forced to consider coaching cross-country running instead. His one runner, Hannah (Aryn Wright-Thompson) has always believed that her father was dead. However, after a chance encounter at the hospital, John discovers his new friend Thomas Hill (Cameron Arnett) is actually Hannah’s father. As John and his wife Amy (Shari Rigby) grapple with what to do with this information, Hannah struggles with her identity, loneliness and a deep desire to keep running despite all the obstacles she faces. When Hannah and Thomas finally meet it is not the reunion either expected but when Hannah chooses to embrace Jesus it has a profound effect on her life and, like her father, on her ability to forgive, let go and overcome.

It is unlikely that children over the age of thirteen would be distressed by any scenes in this movie.

Overcomer is a faith-based, sports, drama that shares the testimony of redemption. The plot is fairly predictable and the stereotypes are a bit unfortunate (struggling black family / perfect white one) but the story itself is uplifting and lends itself well to a variety of audiences.

The main messages from this movie are that even one runner matters, that your identity is tied to whatever you give your heart to and that if you find your identity in the ‘One’ that created you, it will change your whole outlook on life.